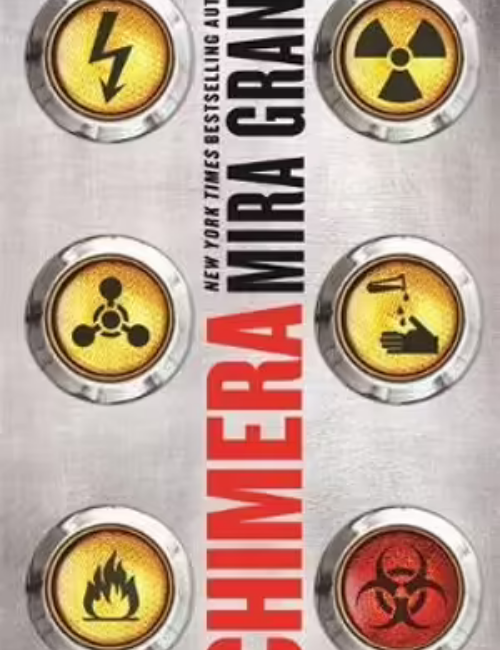 This is the third book in the Parasitology series. I read them out of order and thoroughly enjoyed the experience. I know, you’re supposed to read all the books in a series in order, but it’s something I rarely do. And I certainly didn’t with this series. I read them in 2, 1, 3 order. I’m glad I didn’t read book 3 first or even second. It was good to get to the end last rather than out of order.

This book is as good as the first two books in the series. The two characters I like are both alive and we get to see them again, there are issues with one of them and I’m hoping we get to find out what happens to her in a sequel.

It’s so hard to write what I like about this book because it’s very much the same as the first two books. It’s not quite completing the story, you should always leave a few things open in case you want to write more, but it leaves me with a feeling of completion. I made no notes so I can’t just pick out one thing and tell you about it. And doing that would give spoilers. So I can’t write why I like Fishy…actually, I can because we see his problems in book 2. I won’t though. What he’s done is take a totally different method of coping with the pandemic/zombie apocalypse than I seen anyone else try, and it’s fun for the reader. I can really relate to this method though, not that I ever would be able to sink that far for that long. Depression really sucks and we see how Fishy copes with it in an increasingly mad world.

If you want to read what I wrote about Parasite, Book 1 in the Parasitology series just click here. It was a fairly normal review by my standards. However, I totally lost the plot when it came to writing about Symbiont, the second book in the series. You can read it here. Basically, I wrote a letter to the author and didn’t pull my punches with how upset I was by her book, her writing, her relatable characters. What’s bizarre is that I even care about the bad guys.

I sort of suggest you don’t read this series during a pandemic like I did. I mean, it was lovely to drop out of reality and into a well-imagined world. But reading about the world falling apart while it’s actually falling apart might not be the best thing to do for my version of sanity. Especially as it’s set around now. But that’s okay, because the worm technology doesn’t exist yet, if it did I’d know about it and I’d be investing some research time into a cost analysis. I’d really love a worm inside me dispensing the drugs I need on a daily basis. I’m sick of taking medication and I’m one of the relatively healthy people!