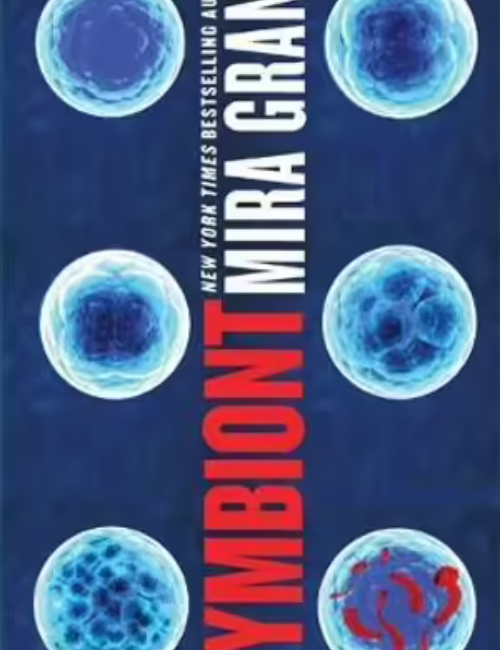 I picked up this book at the Nunawading Library sale. Why was I at Nunawading Library? I’m not sure, but there was a good reason. I do remember looking at the books on sale and thinking this looked promising. I put it on my TBR pile and left it long enough to forget why it looked promising. Recently I’ve been choosing my books from my TBR pile because the cover attracts me, this one was no different. I didn’t bother reading the description on the back just hoed on into it. Woooweee, what a ride. At one stage someone noticed me reading it and told me Grant is a pseudonym for Seanan McGuire. I got excited as I already follow her on Twitter and quickly sent a message of excitement…I hope it made sense.

This book, possibly even the entire series as this is book 2, is probably not really a good thing to read during a pandemic. It has its own apocalypse in the shape of zombies and I asked myself why I was torturing myself with more horror while the current world is bad enough. But the more I persisted with the book the more there was to keep me going, and going, and…I’ll be finding the other parts of this series to read as soon as I am able.

There is lots of science in this book, don’t ask me if it holds together as I’ve no idea. I’ve rarely worried if the science holds together as that’s not my area of expertise. But the story holds together, the fact that people want to make themselves healthier and they’ll do whatever they can to do this makes enormous amounts of sense. What the scientists have come up with is pretty extreme, but I know many people who would look at it and just throw money at the scientists. But then there are others who would use the words ‘skeptical’, ‘conspiracy theory’, and ‘have they tested it enough, or even, ‘have they tested it on animals’.

One thing that kept me going in the earlyish part of the book, bear in mind this book is 518 pages and this paragraph occurs on page 148, I do meant earlyish, is the writing. I found this paragraph and my heart sang…I wish I’d written it.

Fang wove his way through the crowd like a man who’d spent most of life moving in tight spaces, and Nathan and I followed him, taking advantage of the narrow openings he created in the brief seconds before they could close again. We were like a surgical laser: we didn’t wound the crowd, but we sliced it open and let it heal behind us, leaving no trace, creating no scar.

I just loved the writing here. The imagery was beautiful and fitted with what the science was meant to do. There was meant to be no scar, only better health. It also mentions the character of Fang. Much earlier we’re told to pronounce it Fong bringing facial features to mind. I really liked that, it’s good to have characters that are not Anglo-Saxon. Fang is really kick-ass, I enjoyed watching him go and do whatever was needed.

I made two other notations while reading. Both of them were about crows. I feel Grant knows something about crows. In the first mention we’re told ‘Save the human race, save the crows.’ While in the second we’re shown how clever they are. I’ve seen various videos showing off how much brain power crows have and I feel Grant shows this with just one quick mention.

But having the author on the other end of a Twitter account was handy. When I found another character who I really liked I was able to ask if this character was in book 1. The answer was ‘not really’, but he is in book 3!

One thing I found a little exciting, but also odd is where it is set. Partly set in San Francisco, a place I’ve been to I could picture one of two of the things that were mentioned. The Golden Gate Bridge and the BART are the two that spring to mind. Thanks to a cousin who lives there we got to see as much as we could in just a few days.

With all that in mind of course I’m going to give you an affiliate link so you can consider buying this book. Worldbuilding, great characters…what else do you need? Not really a zombie apocalypse but I’ll take what I can get.