You’re Not You – Michelle Wildgen 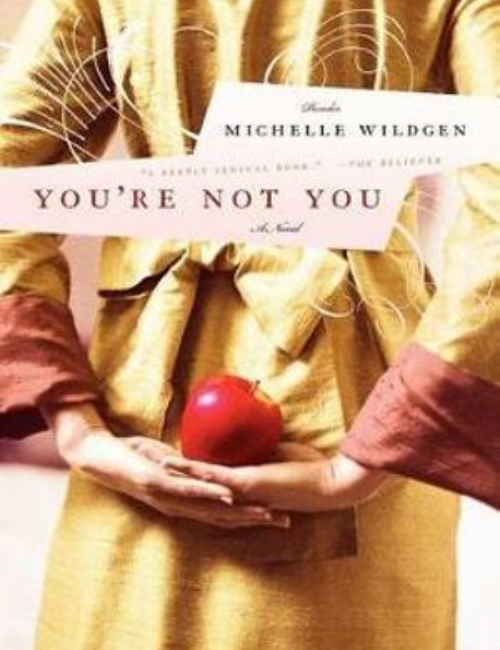 This is a book I found on my phone while I was on a plane last year. I had just watched the movie made from the book starring Hilary Swank. We’d spent so much time on planes I’d run out movies or TV shows I wanted to watch. I turned to my phone, I put a lot of books on there some years ago when I thought I’d have time. As it turns out I had plenty of time…on this plane flight. It feels like a different generation, goodness knows when I’ll next see the inside of a plane.

The movie was so striking that when I found the book it was one that had to be read immediately. The story of a lady with Lou Gehrig’s Syndrome is told through her carer’s eyes. Incredibly moving, incredibly stark. So much to like about both the movie and the book, I do suspect that there are some things which aren’t quite right but you’d only know what they are if you’ve been through it. I haven’t so I’m ignorant.

While the book and the movie have some differences they are both good. I’d really recommend reading and viewing, but not on the same day. Emotionally, it was hard. To see how someone degenerates from being a healthy person to being a person who needed help to do everything, even to needing someone to translate their vague sounds into actual words. And we see how this doesn’t stop Kate from having as full a life as she possibly can. Kate gradually pulls Bec into her life and changes her in so many little ways, including making Bec make all the phone calls for her charity.

One of the hard lessons Bec learns is that when she’s translating for Kate that she’s not herself. Instead of translating the words she hears, and putting in her own tone of voice, Bec needs to use the words exactly as Kate intended including with the tone of voice. And that leads us directly to the title of the book, You’re Not You. When you’re translating for someone who can’t speak properly for themselves you need to remember that you’re not yourself, you are an extension of the person in the wheelchair. I have a friend who is in a wheelchair and has this need, he has trouble with sounds. When I’ve spoken to him I’ve understood some of the words he’s said, but I’ve also been watching his body language. But…in order to not look as if I was interrupting him I made myself look patient and relaxed while I waited for his carer to make his words more clear to me. If I interrupt the carer (translator) then I’m being rude not just to my friend, but also to his carer.

Something in the book that was not shown in the movie was how Kate still had sexual needs. Something that could be dealt with while her husband was still at home, but the moment she kicks him out she has a problem. Kate had a little machine in her drawer which she got Bec to fit to her body and then leave her alone for an hour. An awkward moment to navigate, but shown tactfully in the book.

I found this book challenging to read because of the emotionally charged situations. I did enjoy watching Kate change Bec. When Bec started working she was a gauche college student, having an affair with her lecturer and enjoying cheap wines and simple foods. Kate taught her how to cook, how to clean the kitchen and taught her tastebuds to appreciate food and wine better. Even before Kate died Bec was becoming more sophisticated in her looks, her food choices and her outlook.

And a link on Booktopia in case you’re like to read this book and see what I’m talking about. I’m sure you can find the movie somewhere, I don’t have a link for that.