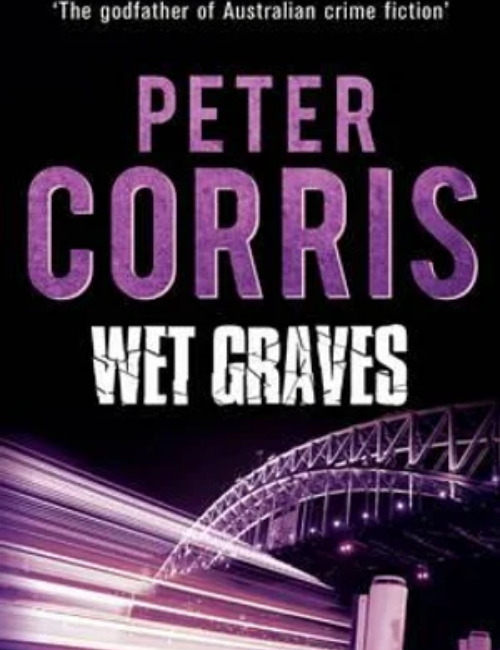 Another solid detective novel, set in Sydney and this time tied up with the Sydney Harbour Bridge. We get to see a little bit of history of the construction of the Bridge and that gives us a date for the setting of this book. We’re told this book is set 50 years after the Bridge is constructed, as it was finished in 1932 that sets us pretty much in 1982. Nice, just nice. I do remember 1982, I was studying.

Things I made note of during the reading of this book. Some of these notes I read now and I have no interest in writing about them. While they’re good to give a bit of colour to the character I can’t find any other reason to write more.

The lady who hires Cliff Hardy is bisexual. How do I know? It says so in plain English and then is never mentioned again. I can’t figure out why it’s mentioned, it seems to be a little out of context.

I loved the description of how small this garden it. ‘With the gate open, a rubbish bin in place and a six-pack, the yard would be full to capacity.’ This would be with the small rubbish bins that you could pick up and empty over your head, if you were stronger than me. I’m not sure what a six-pack is, whether it’s the small bottle or the larger bottles, but either way, they’re not big.

Right near the end of the book there’s a description of a man committing suicide. It’s a well drawn description. It’s very end of chapter 21 in case you want to skip it, the last couple of paragraphs.

But going back to the actual book and not my notes. It’s all about the Sydney Harbour Bridge and a serial killer. I have not made a note as to why he’s killing off everyone involved in the construction of the Bridge 50 years after they finished building and can’t remember the details.

Instead I feel a comparison to the construction of the Westgate Bridge in Melbourne is in order. I find bridges amazing constructions. One of my favourite virtual backgrounds in Zoom is the Golden Gate Bridge in San Francisco. My computer can’t handle the virtual backgrounds so I end up with the bridge all the way across my face, it’s very funny. But this book indicates there were issues with construction of the Sydney Harbour Bridge and there were definitely problems with constructing the Westgate Bridge. My Travelling Companion remembers the Westgate Bridge falling down, his class were on an excursion nearby when it fell and the photo that made the newspapers was taken by a classmate of his. They changed protocol after the bridge collapse, workers were no longer allowed to sit under the bridge during a break. I’m watching the construction of a tunnel in Melbourne, not really the construction, more where they’re putting the soil. It’s going to Bacchus Marsh, an area where some of our veggies are grown. The soil is contaminated. I can’t help wondering if the authorities are going to change protocol after this when people get sick from the contaminants. Are the authorities going to ensure soils are treated or put where they can’t do any damage in a few years’ time? Who knows, time will tell.

Anyway, I did enjoy Corris’ book, just like I’ve enjoyed all of his detective novels. If you want to try it out here is a link.