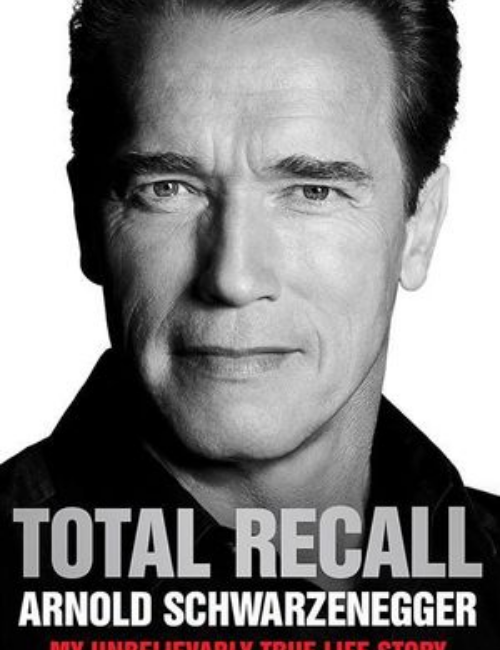 Another book for the Dymocks Reading Challenge 2020. This one is for the Memoir category. Weighing in at over 600 pages it’s as thick as Schwarzenegger’s muscles. It’s been on my To Be Read Pile for a while. I had been in an op shop delivering books to them and saw the title in passing. Took a second glance and it had to come home with me. I’ve seen Schwarzenegger do a lot things over the years and it just made sense for this to join me in my house.

After a few pages I knew I was hooked. Schwarzenegger went back to his birth and told us how he was brought up. To those of us in societies with far more money and not so close to the Berlin Wall some of this is really hard to comprehend. I don’t think he made me understand enough of that part though, especially as that probably wasn’t in his thinking. He then went on to talk about ambition and body building. But not just ambition, but also his journey through body building and how he increased body building’s image and broadened the audience. Through this discussion he also taught us about some of the poses he’d had to take and that moving through one pose to the next is more of a dance.

I found this book to be totally interesting. Yes, it’s long but I miss it already. Schwarzenegger’s style is open and relaxed but it’s easy to see that he works himself really hard, he doesn’t seem to give himself a lot of time for sleep.

I now understand quite a bit more about acting than I did before, and I understand quite a bit more about politics. I suspect I won’t use most of my new knowledge for either of these tasks but it’s good to understand. I’m not interested in being in front of a camera, what would be amazing is if I could get into props making, or being one of the monsters in a show…you know those monsters, the ones where you can’t see anything of them and then they dub someone else’s voice on top, that sounds good to me.

One thing that totally flummoxed me every time is Schwarzenegger’s usage of Yiddish. I’m just not used to seeing them in books. I know that with his Austrian background he knows German, and much better German than me seeing as I only have a handful of words. And I know the Yiddish is a mixture of Hebrew and German so that if you know German you’ll have a fairly good understanding of Yiddish. All of this means that Schwarzenegger would certainly understand and use any of the common Yiddish words that are used in America. But I was still flummoxed every time.

Yes, I totally recommend this book. Here is a link in case you want to have it delivered to your home. With the size of this book it’ll keep you entertained for a while during lockdown. You may not want to put it down.