The Yield by Tara June Winch 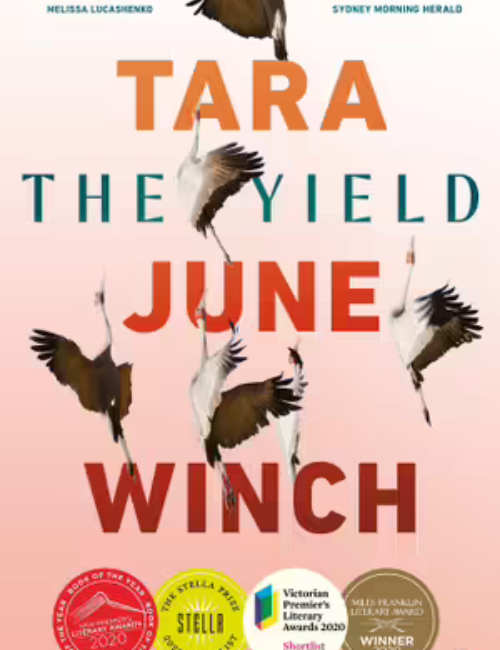 I was so disappointed by my previous book, the one that shall not be named, that it was a relief to open this book and sink straight into some excellent writing. From page one I was hooked, not only hooked, but relaxing into the world shown by Tara June Winch.

I’m not sure she wanted me to relax into this world as she is an Australian Indigenous writer and she’s written a very disturbing story. It’s the one many of us know from the news and social media, but this one is personal and from the point of view of an Indigenous family.

We see this story through three people’s eyes. Poppy Albert Gondiwindi is August’s grandfather. He takes us back in time and shows us what it’s like to be one of the Stolen Generation, to be ripped from your family, your culture and your land. He then shows us how he manages to reconnect. August Gondiwindi has spent ten years running from the devastation of a family split by grief. She comes back when Poppy dies. And then we have Reverend Ferdinand Greenleaf, a missionary who is trying to save the Indigenous.

Of the three I found myself liking Greenleaf the least. Winch did a good job of painting him as someone who is trying to help. His intentions were good, as are so many white people’s but he never actually asked the Indigenous what would help. In the end some of what he did provided some assistance, but it would have looked strange to the Indigenous of the day. And they had no idea until August takes up the mantle of the Native Title Claim that Poppy had to give up due to his death.

I loved Poppy’s project. He decides he likes dictionaries so he translates English into his language and then writes it down. Not the entire dictionary as his focus is his language and not mine, but it’s still incredibly special to me. I know there are moves afoot in various parts of Australia to resurrect as many languages from pre-white days as possible. This book shows us some of the results. I’m wanting to collect as many dictionaries of these languages as possible, I won’t remember anything but it’s my aim in life…this is my first.

August comes back to mourn, and reconnects with her family over Poppy’s Native Title Claim. It’s a little explosive, but the tin mine is a good catalyst and I love the end. Not that I wanted the book to end, I loved this family, I cried through some of it as Winch has made me understand some of what they went through.

What I’d love you to do is buy this book, or borrow it from the library. Here’s a link for you. This book should be on reading lists world-wide. It’s well worth every single accolade sent its way, and there have been many.