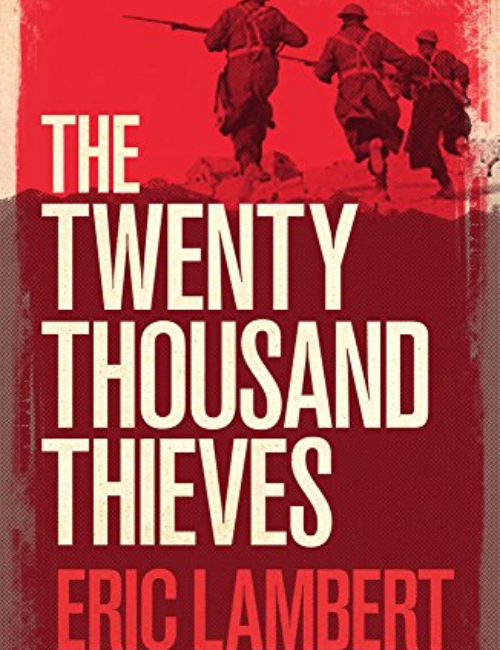 I do not know why I picked up a book about the Rats of Tobruk during a pandemic. Especially as I finished it today in the knowledge that we’d be going into a much stricter lockdown than before. Why am I reading books about war at a time such as this when my emotions are already stretched? You should tell me because I have no idea.

I actually know how this book came to be on my shelf. It looks like a boys’ own adventure book and reads like it too. But it is not, it is the story of the Rats of Tobruk, a garrison led by the Australians to hold the Libyan port of Tobruk against the German Africa Corps during World War II. The story of how it came to be on my shelf is a sad one. I lent some books to an old friend, she insisted I write my name in them. She wanted to be sure of getting them back to the right person, she’d had a stroke and her memory wasn’t as good as it used to be. When her son returned the books to me there were three others, all without names inscribed on the inside. They were given to me and I have no idea who to return them to, this book is one of them.

The style of writing feels very much to like that of a boys’ own adventure book and that made it hard to remember that the story was real. The people in the book are not, we are told they are amalgams of real Rats, people who took Tobruk and held it while they had inferior weapons and fire power. This story goes to prove that just because you have better weapons and more people doesn’t mean you’ll win.

This book shows us the guts and grit the Rats showed during this campaign. It shows how some people injured themselves in order to leave the battlefield, and it shows off the PTSD they must have been suffering from. Now that PTSD is a recognised issue I find it easy to spot in books such as these. Shows off the writing. We’re also shown how hard things were and how some of the people tried to get redress for some of the issues caused by their commanders.

I’ve done a bit of research about the author i.e. I did a spot of googling! I can’t help wondering if he knew my Dad. Lambert was in the Communist Party, but I’m unsure whether that in Melbourne or Sydney. If in Melbourne then he would have been at some of the same meetings as Dad. Dad didn’t actually join the Communist Party but he had leanings towards them for some years.

But going back to Eric Lambert. He was in the Australian Army and saw action in the Middle East. He would have seen similar action to what he’s written in this book, that’s why it seems so realistic. And almost certainly why I shouldn’t have been reading it at this point. Far too realistic for me at this time.

Maybe my next book should be a copy of Overland. It’s a magazine that’s been in publication since 1954, Lambert was one of his founders. Maybe I should pick one of them and think of those founders while I read.