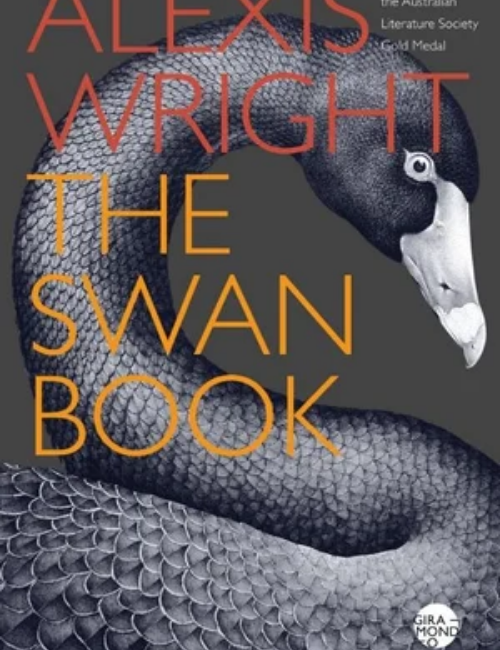 Yes, another book I studied for uni. This one is challenging to read but well worth it. Written by an Indigenous lady who has a more of a handle on allegory, symbolism than I ever will and what is likely to happen to both the Indigenous and the world if we don’t do something now.

I found it challenging for a couple of reasons. Its 354 pages are densely packed with the future of the world as depicted using Australia and the Indigenous as the last bastion. It’s very bleak and I don’t see symbolism easily. If this were to be filmed I’d suggest the colours would be the colours of Australia but rather muted and dulled down with lots of greys in there too. We wouldn’t get that rich red that we see in the centre of Australia around Alice Springs, Uluru and Kata Tjuta and that whole area, we’d probably see it muted to muddy oranges.

I suspect my thinking is also very British centric. The main character had a swan as a friend who she looked after. This was not set in Melbourne where we have white swans brought over from England, this was set in the Gulf of Carpentaria, a remote area in the north of Australia. A place where The Intervention was set in concrete in 2007 and is still going some 300 years later. A place where they probably have black swans. All through this book I kept picturing the swan as white, if you look at the picture you’ll find I’m totally wrong as it was black. There are also other swans in this book and they were probably mostly black. Imagine a massive flock of swans flying in the sky, in my mind I see white but black is not only more accurate but also more appropriate when looking at imagery.  Trying to change what I see in my mind’s eye while reading didn’t make it any easier.

This book was so far out of my experience as a reader and as an Australian I found it challenging to absorb what was going on. I’m very insular. I’ve lived in Melbourne in mostly white areas most of my life. My schooling was similar, very whitebread. It’s only at uni that I’ve been really exposed to lots of different cultures but that is still only on the surface. So to read about The Intervention as it actually happens by someone who knows exactly what happens I found very challenging. To learn how marginalised some of these people really are was shocking. To see how little they have and then to see this little razed by an order of one of their own was just heartbreaking.

But this is exactly why it’s a must read book. It’s long past time we came out of our insularness and learned what really happens. This book will go some way to helping us understand how the other half lives, and then maybe once we understand we can be more tolerant. And so that you can read it for yourself here’s an affiliate link. It did occur to me that I could say that the affiliate fees I get from this link will be donated to the Indigenous Literacy Foundation but the reality is that I don’t know what people are buying when they click on a link (I don’t even know which link people click on). It also seems more of an insult to give them the $1.55 per book I’d receive when if I’m lucky this link will sell one book.