The Long Earth Series by Terry Pratchett and Stephen Baxter 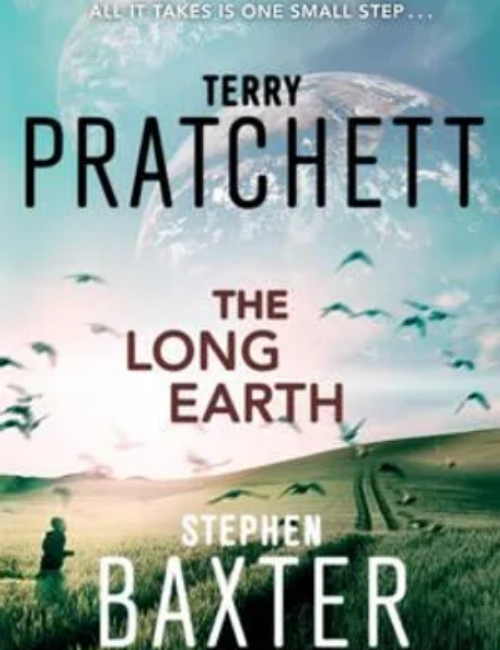 There are five books in this series, I’d been putting off reading them for no particular reason. Many people have recommended them to me, but some people found them a challenge to read. I can now empathise with them. The premise of the entire series is that a scientist releases the plans for a little box that enables people to ‘step’ out of their world and into an adjacent world. Some people are naturals and don’t need the box, others can’t ‘step’ at all. So, what happens when people are able to leave their home and find somewhere different at almost no cost? Somewhere that is like home but without the trappings of home? Well, you have to read the books to find out.

The series goes in this order:

Each book has a slightly different focus and moves on in the timeline from the previous book. The love of Orangutans and how we should respect beings other than humans is made quite clear throughout, I mean, it is Terry Pratchett.

I found these books challenging to read. I couldn’t figure out why. The first three are very similar in writing style to each other and it took me a while to plough my way through them. The fourth was slightly different and more readable. I put it down part of the book being set in the past, giving us some background for the entire series, but I’m really not sure. The last book was a mixture of the first three and the fourth, it was more easy to read than all of the first three. I really only finished them out of sheer stubbornness. It took me until somewhere after page 350 in The Long Mars before I found the gem that made the entire book worthwhile. What annoys me is that I didn’t write it down and now I’ve forgotten it.

If you’re a Terry Pratchett fan you will want to consider reading them. They are absolutely not Discworld. They are such a long way from Discworld that if you go into this series with Discworld in mind you will struggle more than me. They are about exploration, about finding out that humans can be really good people, and also really bad people. They might be a good introduction to Stephen Baxter. He did the bulk of the writing of The Long Cosmos.

The concept of these books is an interesting one. So many authors have looked at the idea of alternate worlds, but this one seemed a little different to all the others I’ve read. We get to explore geography as well as flora and fauna across many worlds that are similar to ours but also very different.

There are nods throughout these books to so, so many things. If you’re a movie buff you can play spot the reference. And, if you are a movie buff, I’d be grateful if you’d tell me how many movies you spot in these books. It’s something I’d like to know without rereading them. In case you don’t have the books here’s a link so you can buy them and give me a few cents in affiliate fees.