The Left-handed Booksellers of London by Garth Nix 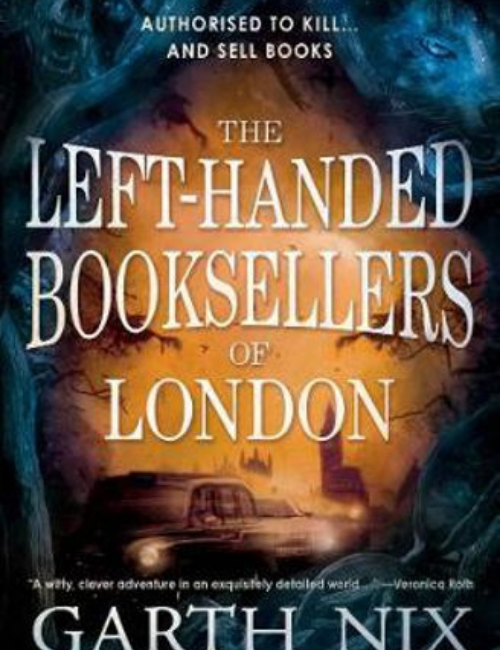 I bought The Left-handed Booksellers of London by Garth Nix for the Dymocks Reading challenge of 2020. I’m sure I’ve read Garth Nix before but I can’t be sure. I have heard that he is a very good awesome and I was looking forward to find out what I thought about it.

It’s a nice premise. I like the idea that booksellers can have such a huge impact on the world. books are incredibly important to me and they have been as far back as I can remember.

This is a great story. Not just do I like the idea that booksellers have a huge impact on the world but I also like the storyline it’s good. What I did not enjoy were the inconsistencies. The odd time where Susan being right next to the phone apparently picks it up and the next line Vivian is talking on the phone. Vivian made the phone call originally, so I would have expected her to still be standing next to the phone. There may also be a timeline glitch but I couldn’t find where I’d seen the date the first time to check.

I did enjoy the characters, but I did not enjoy the romance. I did enjoy Susan asserting her independence. The fact that Merlin can apparently change his gender was a nice change, it’s not something I’ve seen in books before. And Merlin changed his clothes quite often, sometimes wearing skirts and sometimes trousers.

I love the idea that the book sellers we’re not born left-handed or right-handed but discovered they handedness by dipping a hand into an urn, and the fact that they could move from one to the other was also good. The fact that the left-handed booksellers and right-handed booksellers had different skills and combined their skill sets to work together to become a very powerful whole was again a wonderful thing. It showed that you can actually work together as a whole despite the fact that you only have part of the skill set needed to tackle the problem. I thought this was a good thing to point out to people.

Despite the issues, I still recommend the book. I still think it is an excellent book and a good introduction into fantasy. Mum borrowed it from me and was disappointed when she couldn’t find any more Garth Nix at the library. She will try the Young Adult shelves next time. It was great to step back to 1983 even though that’s the year I failed TAFE. And because I recommend it I’m including an affiliate link.