The Girl with the Dragon Tattoo – Stieg Larsson 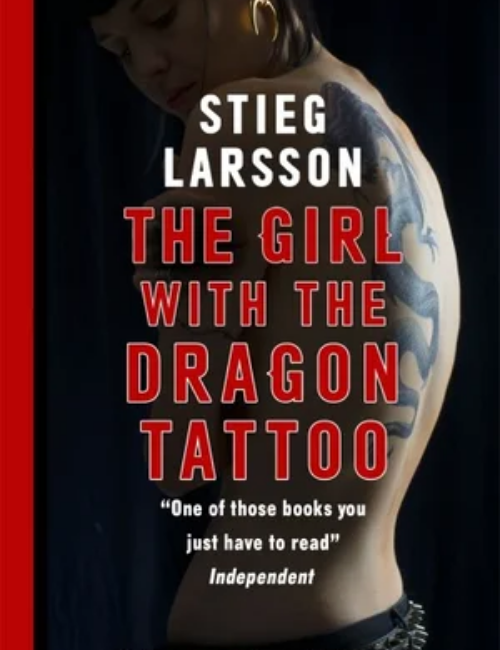 This is one of those phenomenal books that is actually good. I know I’ve read the translation but a good translation is going to be as good as the original rather than better, and this is very good. Having finally read it, only ten years after the translation was published, I find myself wondering why I waited so long. And I’m upset for the author who died without realising what a success he had in his hands, but I’m also grateful he delivered three complete manuscripts so we have the whole story. I read this entire book on the plane home from Germany, it was a long flight and I don’t sleep much so this was a very nice way of getting through the time. Also, my headphones weren’t working and I never bothered asking for another set as I had my book.

What is good about this book?

It’s not set in any of the countries I’m familiar with. This meant trying to visualise a country I’ve not set foot in, I relished the challenge. Along with this country I also found myself desperately trying to imagine the cold winter with deep draughts of snow, bear in mind I’ve only seen snow fall once and that was all melted within two days as it was actually almost summer. It also meant trying to pronounce names for which I’ve only a rough idea of the sounds, a challenge I wasn’t really up for and I ended up doing my normal and just skimming them.

The storyline is well thought out. As are all the characters. I found myself wanted to know more of most of the characters. Wanting to know if Harriet Vanger was still alive or how she’d died. I especially wanted to know more about Lisbeth Salander, the girl in the name of the book. I was cheering for her and want her to actually succeed in life. Despite being a delinquent I actually liked her and hoped she’d get what she actually needed not what she was given.

The writing style was easy to read. I know I’m a fast reader but even a stilted writing style will slow me down. This didn’t, I know the trip from Germany to Bangkok was long but I’d finished long before we touched down.

Mikael Blomkvist has a problem with the law and has to go to prison. I found the depiction of the legal system with regards to his case to be interesting. He’s commissioned to write a book about Henrik Vanger and also to investigate the disappearance of Harriet Vanger forty years ago. He negotiates with the prison as to when he should appear there for his three month sentence, does all the investigation for his book, and the disappearance, and then goes to prison to atone for his sins writing his book while he’s in prison.

This is a well rounded book. We get many asides that explain things from earlier or that explain things later on. I found I really needed to pay attention while reading. But I was also happy to talk to my fellow passenger. But he had a loud voice and I didn’t want to wake anyone who was actually sleeping (they had the lights turned down on the plane). So, when I didn’t pay enough attention I regretted it later as I didn’t understand something as fully as I could have.

Totally. Some time in the future I will find both sequels as I really need to find out the conclusion. Despite knowing there is more to the story I found this book to be complete in its own right. Most of the storylines seem to be completed, there are enough that could carry over to another novel and while I don’t feel the need to finish those storylines I do want to read more of this writing. I put the book down feeling replete.

In case you’re like me and haven’t read it yet I firmly urge you to do so. Here’s an affiliate link so you can do exactly that.