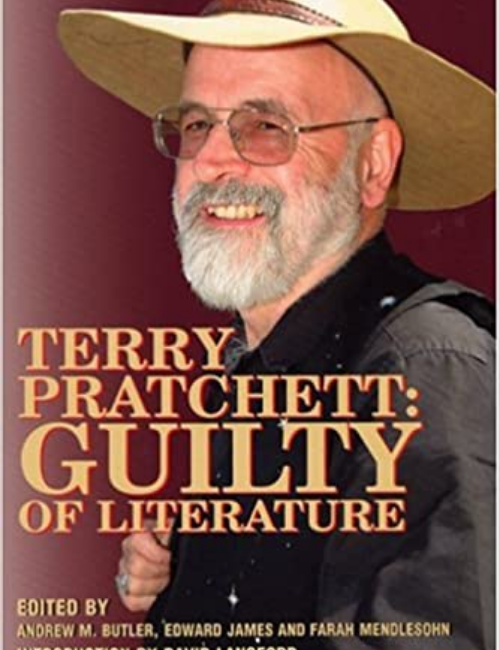 I recently had occasion to write about a Terry Pratchett book for uni. The subject was editing and we had to choose a title that has had multiple editions. We had to choose one where there had been larger differences than just the change of front cover. I’ve been sitting on two editions of The Carpet People by Terry Pratchett with the view to reading them both and then writing an article about the changes from when Pratchett was 17 to when he rewrote the book at the age of 43. I took this opportunity to do this for uni. This article will come soon.

The thing about uni assignments is you need to have decent references and not only that, you need to have read them properly and be able to cite them appropriately. So, I read the books and then started looking for references. I assumed many people would have written about this book and that it would be incredibly easy to find useful stuff. How wrong I was. I found a number of blogs on the web that don’t pass the CRAAP test so I couldn’t use them and I found one book mentioned in the Deakin Library. One book! And this one book was so hard to find. It’s out of print, the pre-loved copies available are listed for stupid prices and it didn’t seem to be available through the uni library despite being listed.

I emailed the publisher hoping to pay for a pdf but weeks after I submitted my assignment I’m still waiting for a reply from them. I went back to the library catalogue for another look. On this second occasion I noticed the book was actually available but I’d have to request it from another library. This took seconds to do and the book arrived over a week later, the day before the assignment was due to be submitted. Not cutting it fine at all. I read the most apparently appropriate essay in the book, finished and submitted my assignment and continued reading the book from cover to cover.

What is it and why is it important?

Terry Pratchett has often been accused of writing literature. You’d think a fantasy author would just write fluff and that’s certainly the case with other fantasy authors. Pratchett is the author that makes a lie of that thought, I think a case could be made for the first edition of The Carpet People to be fluff but not the 1992 edition.

This book is a series of essays pronouncing him guilty as charged. It has potential to be a great book, one that should be in every library. Some of the essays are actually really good while some let themselves down by getting confused about what they’re saying. I’m not going to give examples as that’s not what I do here, I leave that for my uni assignments. You can find similar opinions on other blogs around the world, I’m not the only one to think this. I do think it has great potential and I’m very excited to have read it. I’m also incredibly annoyed that it came to me so close to my deadline. I could have used several of the initial essays in my assignment rather than just one. I could have pulled an all-nighter and read them through the night then written furiously, but I’m not fond of all-nighters I’m much more fond of getting sleep.

Now I wait for my mark. While I wait, I’m going to take a copy of the reference list at the back and try to acquire most of the books mentioned there. Some I already have such as Tree and Leaf by J. R. R. Tolkein and I’m keeping an eye out for a pre-loved copy of this book. I still need it on my shelf. This copy I need to return to the Deakin Library so they can return it to the Gippsland Campus Library. I’m grateful for interlibrary loans.