Round the Bend by Nevil Shute 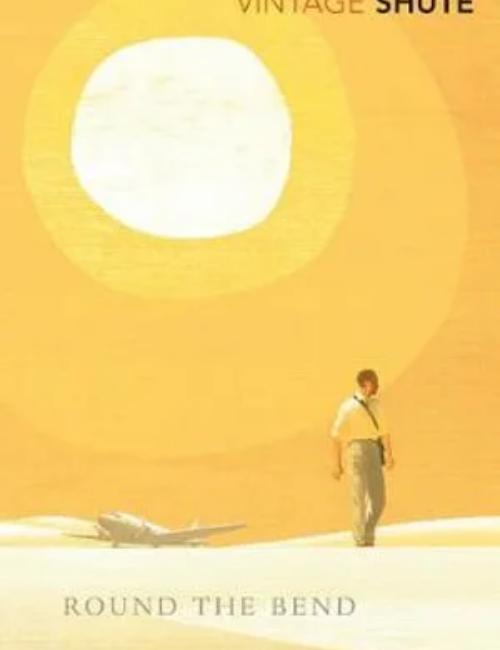 This is the last Nevil Shute book I have on my To Be Read Pile. Partway through the previous of his books I had on my shelf I decided life is too short to read romance. This novel is not romance so I made it through to the end. It’s a fascinating study and makes the case for bringing religion into everything we do, but in a very specific way and not just one religion, but whatever religion the person follows.

Following the war our narrator made his way to the Persian Gulf. He had an idea to start an air transport business. He did some planning before he went. He bought a Fox-Moth aeroplane and using the skills he’d developed before and during WWII he stripped it back and rebuilt it to be in good working condition. He then flew out to the Persian Gulf. It took him eight days but when he got there found people needed exactly what he’d gone there to provide. Over time he built up his business from one plane to multiple planes with pilots for each of them.

At one stage he hooked up with an old mate from before the war. Offering Connie Shaklin a job working on the planes seemed to be a good idea. Connie was very earnest about his work and insisted it be done properly. Everyone who worked with him picked up the same earnestness about their work. It was the talking Connie did while he worked that did it. He suggested that everything be done for God and if doing things for God then you should do them properly. He didn’t seem to care which God so he ended up with many devout followers from multiple religions.

One of the other things that stood out about this book is how it highlights that you can do well in life by ignoring what race people are from and just treating them as people. I know it’s a radical idea, to treat people as people, but that’s something this book illustrates.

The writing is really good, as with all of Shute’s books. He wrote for the people, rather than for the literary audience. This shows in the way he presents his information and the way he structures his sentences.

Things I made a note of

On a visit to his parents in England our narrator spends some time trying to explain about Islam and Muslims. There are a lot of words used to describe how they pray. I found this fascinating. I knew they had to pray a certain number of times per day, but not the how. It’s only the basics but it gives me a starting point next time I come across it.

Connie Shaklin is talking to his engineers about the number of times they are meant to pray per day. It’s an extraordinarily high number, fifty times a day, but he explains that it is possible. If you pray every time you do something, fit that prayer into everyday life then you can get to the number that is stated. That means dedicating everything to God. If you take this thought away from the engineer and put it into normal life then it could mean that you wash the dishes properly and put in a little prayer. I’m not saying this is right or wrong, what I’m suggesting is that if it makes you do something correctly the first time then it’s a good thing. In the book Connie Shaklin was making sure every little bolt and nut was put in properly meaning that the planes had no issues.

To back some of this up there is a little story about Moses and Mahomet talking after Mahomet has come down from talking to God. It’s a nice little story. I quite like the idea of these two men having a conversation. Jews and Muslims have more in common than is visible on the surface. I’ve compared stories with Muslim friends and we’ve had the same story from two different view points. Fascinating.

Something that really took my fancy was how Shute made contractions. We contract ‘it would’ to ‘it’d’. He writes it as ‘it’ld’. I noticed that a lot throughout and not just for that contraction but for others. We spend a lot of emotional energy educating people not to shorten words too much such as ‘prolly’ for ‘probably’ but then there’s the evidence that this has happened a lot over the last seventy years.

A very educational book, wrapped up in some lovely writing and a great story. I thoroughly recommend it, not just because our narrator lands in Darwin once. You can buy it here should you wish.