Requiem for a Wren – Nevil Shute 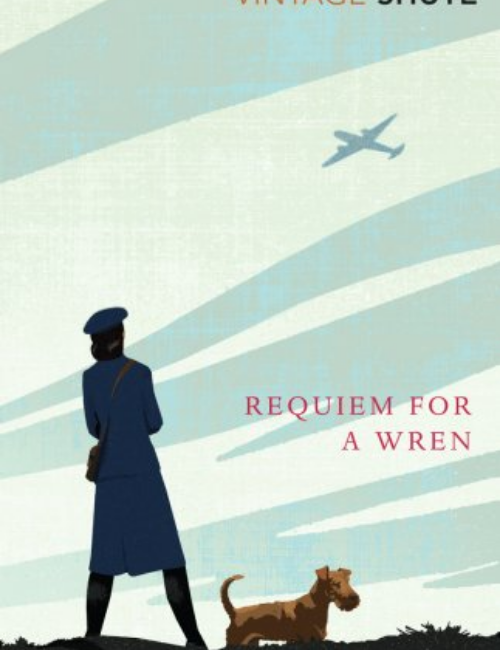 Another book in the Dymocks Reading Challenge 2020. This book ticked off the ‘book with a red cover’ category for me. I’m loving this challenge, some of categories are rather vague and can be interpreted in a number of ways making it easy enough to find books to fit. I bought some books from a friend and mentioned to her I needed a book with a red cover for the Challenge. She put this book on top so I knew it would be next on my list. Before I go further, you need the trigger warnings: suicide and death.

First published post-war in 1955 and it really shows a slice of life. Not just post-war but also during WWII. This book is mostly a WWII book but it’s also a mystery…who is the girl in the bed? No, they can’t ask her as she’s dead. The entire book is figuring out not just who she is but why she is dead.

Alan Duncan has returned from the War to look after the family homestead. He’s arrived a little earlier than previously expected to find the family in turmoil. After starting the catchup procedure with his parents and then seeing them to bed he decides to investigate the girl in the bed. He can’t bring himself to look at her but he eventually finds a suitcase she’s hidden and as he reads through her diaries we’re told several stories.

Janet is a Wren, a member of the Women’s Royal Naval Service. While a Wren she did a good and capable job, ending up well liked by all. Until she fell in love with Alan’s brother. They were going to marry after the balloon went up. And here is the really interesting thing.

The ‘balloon’ was the Normandy Landing on the 6th June 1944. Called Operation Overlord, codenamed Operation Neptune and often referred to as D-Day. I read a lot about the leadup to it in Nancy Wake by Peter FitzSimons where I read about how the British sent lots of supplies to the Maquisards to enable them to hit the German Army a lot. In Requiem for a Wren I read how the British prepared for the other side of the landing. To read the two so close together was eerie but made for compulsive reading. In reading these two books I read the same operation but from two very different viewpoints.

Shute has done a really good job of showing us how excited people were to be part of the offensive, and how nervous they were. Some of this was detailed in how they would put off marrying, in how they intended to marry after the ‘balloon’ had gone up. They knew the dangers of what they were doing and they knew they might not come back.

Janet is one of the stable ones, until she ends up behind a gun and shoots down a German plane. She’s a crack shot and it looks as if she might have let off the shot that killed the seven people in the plane, but she had no training so, apart from shooting she had no idea what she was doing. And her job was cleaning and maintaining the guns rather than shooting them. From the little evidence they have those seven people might have been fleeing to safety in England. Janet is never able to debrief with Bill before he goes to start the ‘balloon’ going up.

Alan was a pilot. One day he got shot up. He managed to land safely, but without his plane and minus one foot, he lost the other in surgery. We see a little of how he coped with this loss and we see how people offer help if he wants it. His brother, Bill, was a frogman. Two frogmen were sent in to make everything safe for everyone else. Bill didn’t come back. Janet’s father also doesn’t come back from D-Day. The last straw for her is when Bill’s dog is caught up and has to be put down. That’s when she loses it and has to be hospitalised.

Through Alan’s reading of her diaries and his search for her starting some time after the war ended we see a woman stretched beyond capacity. We see how she spirals very quickly down into depression and never really comes out of it. I felt this was a ‘good’ story to read as it illustrated a lot of what I’ve been thinking about war and how much damage it does. Not just to the person being killed or maimed, but also to the person who did the killing or maiming.

There were little things Shute put in which gave some contrast to what else was happening in the story. The Wrens are having another sleepless night because of anxiety or the noise of bombers overhead. Shute then talks about the ‘quiet of the summer night’. Essentially the night has not changed and is still quiet despite all the noise of war. He puts in so many little things like this, I spent a bit of time rereading passages just admiring his writing.

We also are given a good slice of country life. Alan Duncan’s parents are owners of a homestead or sheep farm. It’s a big property and there are people on there who work for the Duncan family. We find out that if the property is sold then these people will be out of a job and out of a home. Through the diaries we’re told how much the people like the Duncan’s and how much regard they have for Alan. It’s interesting seeing all of this through an English girl’s eyes.