Percy Jackson and the Lightning Thief by Rick Riordan 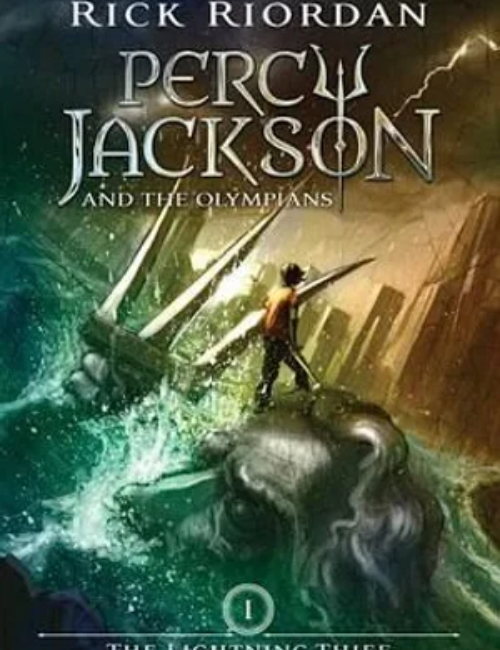 Another book for the Dymocks Reading Challenge 2020. I’m determined to finish this challenge so I did some research on Dymocks Top 51 Children’s Books and managed to borrow this book from someone in my local group. I’ve promised to return it within two weeks so I sat down on Saturday and spent a lot of the day reading it. I haven’t done this for a very long time and it felt so good. Now I need to return it.

I would have struggled to read it in just one day (and a little the night before) if it weren’t such a page turner. I really enjoyed it. There are some cardboard cutouts I’ve read in other books but there was enough originality to keep me reading, and reading until the last page.

Twelve year old Percy Jackson doesn’t have a father. He’s been thrown out of many schools. It looks as if he’s ADHD and as if he’s causing all the problems that get him thrown out of school. Until he ends up at Camp Half-Blood where he’s told his ADHD is a bonus and will help him in a fight. In the two weeks he’s there he learns more about himself and his unknown father than he ever expected to learn. He then takes on the quest where he ventures back into the outside world and saves the day.

I loved how the information about Greek gods is relayed in such a simple way. Not really simple but as if this is useful knowledge and as if the world needs to know quickly. Some of this data dump could look forced but I didn’t think so. Early on I was likening it to Ye Gods! by Tom Holt where the hero’s father is a god. My thoughts changed as there was no comedy aspect, well, maybe a little but comedy was not the bulk of the book. Percy Jackson is just trying to stay out of trouble until he realises he needs to go to where the trouble is in order to fix things. No comedic aspect there.

On Page 4 I noted there was a man in a wheelchair. I thought this meant disabled people were depicted as if this was a normal thing. This made me happy. Later on I realise the man is not really disabled. The wheelchair is there for a reason and I don’t want to give you spoilers by telling you what the reason is.

And that’s the end of my notes. I was too engrossed to do more than make a note about Page 4. It’s good enough for adults and young adults alike.