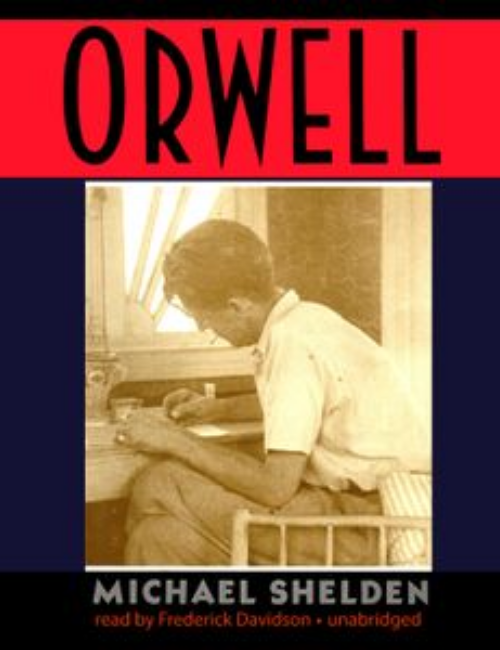 Don’t ask me where I got this volume from, I’ve not made a note of that information. Instead I’ve used my bookmark (AKA an out-of-date business card) to make copious notes of things to write about. Some of the notes are in pencil and are very faint. I need to make sure there are pens where I read my books rather than pencils, the eyes are rather old.

But this book is brilliant. It’s almost like a thesis where the author has to bring in lots of information from his subject’s private life to prove the books. And while it’s a challenge to read that’s mostly because of the denseness of the information. I also found it really challenging to know what year I was in. I’m not sure whether it’s the writer who didn’t make it clear or whether it’s my memory; I didn’t sit down and read for long periods of time and that makes it hard to keep track of little bits of information. The major challenge was the politics. My eyes often glaze over with politics so I found myself reading passages several times in order to figure out what was happening.

Anyway, I have a few things I want to talk about here. I’ll probably use a pin to choose a few of the eleven items I’ve written down.

George Orwell was born as Eric Blair in 1903. Despite being born in the middle class his sympathies lay with the lower class or those who had lost everything. This shows so much in his writing.

There were times when he had a job bringing in enough money but he spent a lot of time tramping. Orwell was trying to find out what it was like to be homeless. His first published book was Down and Out in Paris and London where he illustrated what it was like to be homeless. In autumn of 1935 Orwell spoke to 400 or 500 people about being homeless. The local newspaper ran a story about it, giving many details. They included this:

Mr Orwell…said that many people were apt to regard a destitute man as a rogue who needed discouraging as much as possible, and he did not think much could be done in the way of improvement until people realised that they were human beings like the rest of the community, driven by force of circumstances to lead this wretched life.

And that’s exactly one of the issues. Many people look down on the homeless as rogues, as people to be ignored. But they’re in this position because circumstances lead them there, not because of anything they did. It is society’s best interest to house them, feed them and give them the help to get a better life. You never know when that person you’re passing by or spitting on is going to invent something to make life better for you. Besides, we should be treating them as humans rather than as refuse; for the very reason that they are people.

Something that poked me in the side was a passage I can’t find right now. Orwell had a job which included a lot of writing. He had someone to type for him. He was so good at writing by dictation that she was going flat out on her typewriter while he barely missed a beat. I loved this bit, a silly bit to love but I’m so proud of my typing skills and to read about someone who was taking dictation like this, going flat out…it just tickled my fancy.

Many of you would have heard of Dad’s Army. It was a British radio show which ended up being made into a TV series. It was a comedy about the Home Guard during WWII. I wrote a few words about it here when I reviewed a book about Dad’s Army. George Orwell was actually in the Home Guard. In his diary he wrote about some of the problems they encountered and some of the people who made up the madness depicted in Dad’s Army. I know Dad’s Army was a comedy, but when I read about what really happened in the Home Guard I just wonder. Apparently ‘elderly, upper-class officers whose notions of fighting were based on obsolete tactics from the First World War’ were in charge. Orwell was trying to train his troops in how to hide but a general told Orwell that this wasn’t necessary ‘Their job, he said solemnly, was to die at their posts.’ Naturally, Orwell was horrified at this. He had already spent a lot of time telling the world that the lower classes were people, and here is this general telling them they’re not.

One image which really caught my fancy was in 1945. Orwell’s wife was not a strong person and when she needed to have a hysterectomy she died in the operating theatre. All sorts of things wrong there. Orwell was in the field reporting on the war when she needed to get permission from him for the operation. She had to cable him to seek permission. I find it bizarre that she had no control over her own body. But the day after cabling back his permission he then received another cable telling him she’d died on the operating table. That was so hard that after a brief period in London organising, and attending the funeral, and then making arrangements for someone to look after his son, he headed straight back out to the war. But the image that caught my fancy was an enemy soldier’s body, he had died defending his comrades and the people of the nearby town placed lilac on his body. I was first introduced to the concept of using lilac to remember people in the book Night Watch by Terry Pratchett. It was really interesting to see this tradition firmly in place in 1945.

I totally recommend this book, but I don’t know where you’ll find it. I’ve tried my usual places and they only have the Winston Churchill book by this author. If you’re desperate you can buy a digital audio copy from Booktopia.