Murder on the Menu – edited by Peter Haining 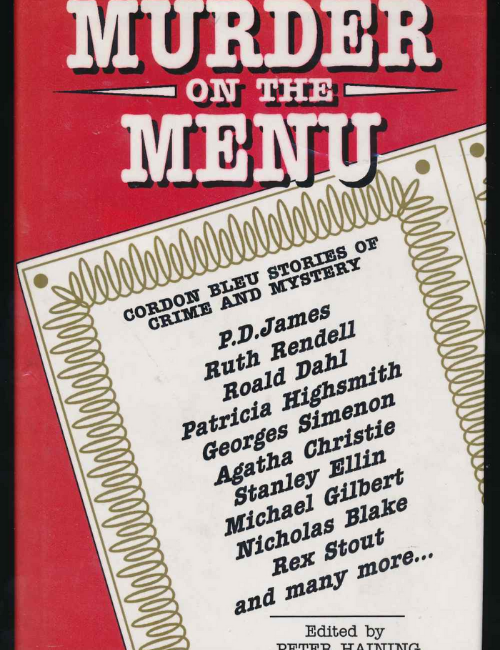 Picked this from my TBR Pile for the Dymocks Reading Challenge 2020 for the ‘A Book of Short Stories’ category. I knew it wouldn’t disappoint. I’ve been reading Peter Haining for much longer than I care to remember, he is the best when it comes to collections of short stories. Of course I was right. I was slightly disappointed with the first two stories and the last but only because they seemed rather familiar. I must have read them before at some stage. The last one is ‘Lamb to the Slaughter’ by Roald Dahl and even the name of the story was familiar. But, there are so, so many other stories in this book it was well worth getting through the three I already knew. When I say ‘getting through’ I really mean reading them with a different kind of enjoyment as they were all by top notch authors. The first two were written by Stanley Ellin and Ruth Rendell.

Some of these stories are not for the faint-hearted. They go straight for the jugular, total pun intended there, and then they pull out your intestines intending to use them for dinner with a stuffing of cyanide. While this isn’t one of the methods of murder listed in any of the stories, it could very well be written into one that would suit this book. Although, not by me. If I can write half as well as any of these I’d be incredibly happy.

What you’ve got here are stories by some of the most well-known people in the business. Some examples are:

Then you’ve got some stories by people who have faded slightly and will only be remembered by their fans. Some of the names are:

And, on reflection, make that four stories I’ve read before. I have almost all of the books by Agatha Christie and must have read ‘Four-and-Twenty Blackbirds’ in one of those.

Do I recommend this? Is the world in a panic because of coronavirus? Well, der, of course I recommend it. I’ve no idea where you’ll find it but I certainly recommend it.