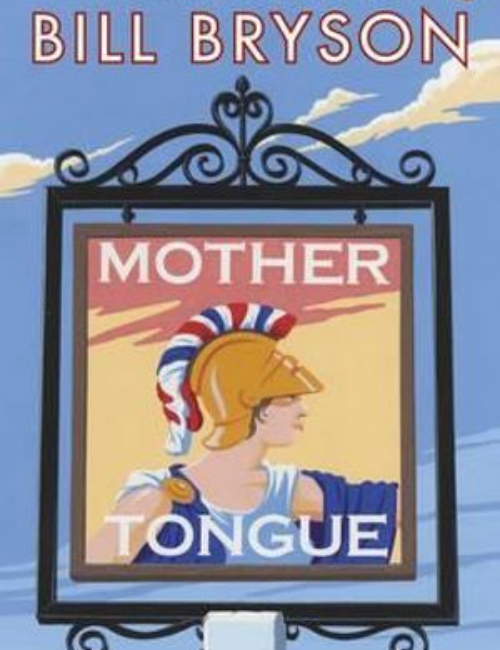 I’ve upgraded to the new WordPress since the last time I wrote. It’s causing me much angst, I seem to have lost access to some of the normal parts of the blog. This means I’m not giving you a photo of the book. Not a big problem as it’s one of the plain Penguin editions. If you’re desperate to see it you can go here. (Edited to add I’ve had my blog updated and things are working better. You’ve got a photo and an affiliate link.)

This is the book you want to read if you have any thoughts about specialising in linguistics. It may not be a university standard textbook but it is really good and really useful. Mother Tongue gives insights into where words come from and why they have their specific pronunciation. There are odd bits that I feel don’t get a full explanation but maybe I’m asking too much of this book.

One bit I enjoyed I found on page 8.

English is said to have fewer of the awkward consonant clusters and singsong tonal variations that make other languages so difficult to master. In Cantonese, hae means ‘yes’. But, with a fractional change of pitch, it also describes the female pudenda.

Two things in here of interest. The fact that English is easier to master than other languages due to consonant clusters and tonal variations. I laughed at that, English is anything other than easy to master. It is a mongrel language with words and ideas from a number of different languages. This book does actually explain a lot of that. But I do agree that some languages, such as Chinese and Japanese are very challenging as you have to learn a very wide variety of symbols in order to be able to read.

The other is the word ‘pudenda’. It’s a rarely used word dating back to the 14th century. Looking at my digital copy of the Merriam Webster Dictionary I find it’s generally used in the plural and refers to women’s genitals. Which takes me neatly to another part of the book, I can’t locate the exact part off hand, but Bryson talks about both progenitors of the Merriam Webster Dictionary, Merriam and also Webster and mentions how they came to do the work involved with putting a dictionary together. He talks about other dictionaries as well and the stories are just delightful.

Having said it may not be a university standard I’m going to disagree with myself. Bryson has included various references so you can go and check that he’s cited his reference material properly. And interesting thing to do outside of a university textbook. And very helpful as you can then take these references and continue reading.

Should you be interested in buying your own copy I’m including an affiliate link here. It will add just a few cents to my coffee fund as I’ve chosen the cheapest copy for your delectation.