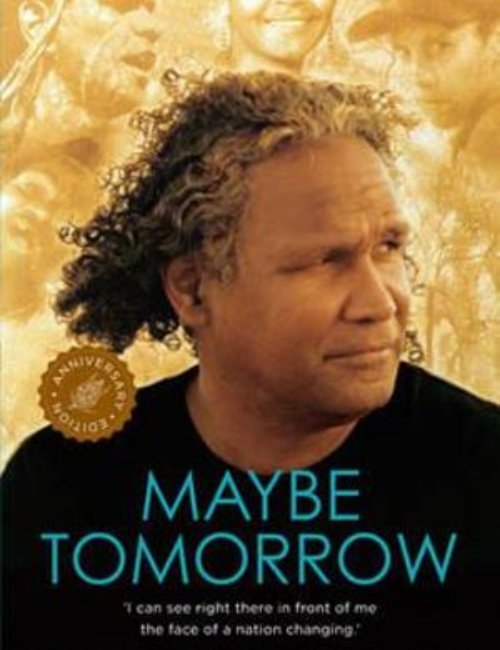 Another book for the Dymocks Reading Challenge 2020 I read it ages ago but never got around to writing anything about it, until today. I read this for the ‘A book by an Indigenous Author’ category. It had been on my To Be Read Pile for a while so I took the opportunity by the horns and I’m so glad I did. But you need the trigger warnings now: death and suicide

This book is an autobiography. It is rough, although at the same time it is polished like a diamond and shines. My heart bled for Pryor while reading. He’s been through so much, somehow finding the strength within himself to come through to be a much stronger person. And then finding the strength to teach us. I’m in awe.

Pryor has been through so many deaths in his family and friends. I found one concept so upsetting in just the first few pages. Pryor says that Indigenous people expect to see a lot of suicide. This is only page 4 and he’s already talking about suicide. These are his words:

What he’s saying is that most Indigenous families expect to lose one or more of their loved ones to suicide. But why would that be? What could be that bad that so many people are driven to such a final action? You’ve all read or heard about it but most people have never really understood. This book helped me to come to some small understanding of the answers to my questions. But you’ll have to read the book as I can’t even begin to explain Pryor’s words.

I’ve got a number of notes of things I could talk about with this book. I opened it up for the third note and the page talks about respecting life. Not just our life, but everyone’s life, and also the lives of the animals who have been killed for us to eat. In today’s world where people are talking about being vegan or vegetarian because they don’t want to kill animals or have animals killed so they can eat this is a very good point. Because Pryor is not saying stop eating meat, he’s saying have respect for the animal. His nephew was fishing and caught a lovely fish, he was very excited. Pryor’s sister looked at the fish, identified it as female and told him to put it back.

So, Sean, with a real slack look on his face, held the fish up, looked into its eyes and said, ‘You lucky you not a man.’ He kissed the fish and threw it back into the water.

As I said, I have a lot of notes. I could write an extensive essay about this book and how good it is, but I won’t. What I will do is keep my notes in case I ever feel inclined to write something more substantial. But my notes include things like:

While Pryor doesn’t stick to light material in this book he does package it in a way that is easily read and reread. He packages it all in such a way that it more easy for a white person to understand some of the issues an Indigenous person faces in everyday life. This is one book I recommend everyone read, it is an eye opener. While many of us are on lockdown bookshops are still able to take orders. I’m giving you a link to my favourite online bookshop so you can buy it there if you wish but if you have a local bookshop you’d prefer to buy from then that is also good.