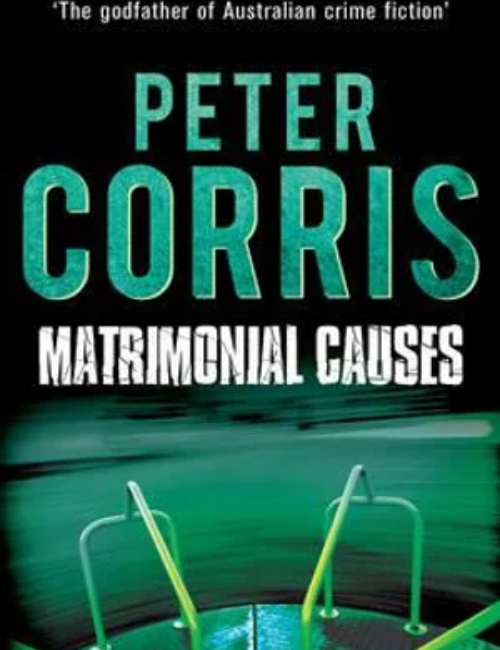 This is the 17th novel in the Cliff Hardy series. It is actually a memory of Cliff Hardy’s first detective case. It illustrates how tough the character must be to be able to survive and continue surviving through so many challenging cases.

There are a few things I want to highlight. There are things that date this book. Things such as the extensive use of the phone box, they didn’t have mobile phones when this book was set. Mobile phones were available in 1993 but they were big and clunky. And also the extensive use of cheques. When I finished working with the Department of Social Security we were in the middle of trying to get people to accept their payments directly into the bank accounts. We did use cheques but there were starting to become less used at that time.

Part of one paragraph intrigued me as it is still really relevant today. Cliff Hardy is going through a pile of circulars, also known as junk mail. We are shown him looking at junk mail for installing a security system, buying a safe, and fitting a car alarm. Hardy says that ‘Fear was the name of the game’. In this case, fear of being burgled or losing something you don’t want to lose. Things haven’t changed. One of the Facebook groups I’m in there are discussions on safety and then comes the discussion about installing a security system or locking up your car. During these discussions there are always people popping in who sell and install security systems (they now include CCTV). In other words this is the new version of junk mail.

At one stage our detective drives from his base in Sydney to Heathcote to get some information for his case. Sitting in lockdown I sit gobsmacked at that. It was a casual eight and a half hour drive there, do the talking and then another casual eight and a half hour drive back. This is well before the time of GPS, back when there were street directories which often had only sketchy maps between major cities. Some people have a better sense of direction than me.

The discussion that really nailed the timeline for me in this book is the discussion of seatbelts. Apparently they’re now compulsory and the character quotes the advertising campaign ‘Belt up and live’. I don’t remember the advertising campaign but I do remember being told seat belts are now compulsory some time in the 1970s. I can’t find mention of that specific campaign on the internet but I’m sure it’s there somewhere.

There were other things that really made the book hit home with me. It’s a great little detective novel and I thoroughly enjoyed it, pity I’ve run out of Corris books to read on my To Be Read pile. I felt the connections made sense. The only thing that would make it better would be if it were set in Melbourne. I’ve only seen Sydney a few times, and while I could picture some parts of the city during my reading I would have less difficulty with a book set in Melbourne.

Yes, I do recommend this book. I find Corris’ detective novels to be rather addictive. Here’s a link in case you want to buy it.