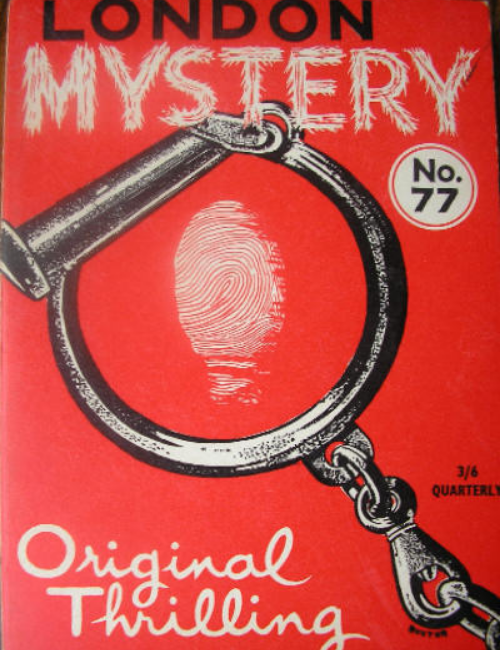 Published in June 1968 this book is nicely aged. There are a few issues with the corners but the stories are still as new as they were back in 1968. Not that I remember 1968, but the book does and that’s more important. I’m sure you know by now how much I adore anthologies. The reason is that you never know when you’re going to find a treasure of a story or even a treasure of an author to hunt down and read everything they’ve written. It doesn’t matter whether the anthology was published one hundred years ago or yesterday, the principal is still the same. And this book is no different.

I knew of none of these authors before I started reading…except the author of the poem, Emily Brontë. I’ll talk about a couple of stories at random. I could talk about each of them in turn but that would take forever. I’ve chosen a horror story and a detective story, just for a bit of variety.

‘Frozen Sleep’ by Ronald Gardener is horrifying but I giggled while reading it. About the idea of cryosleep where a person is put to sleep and woken many years in the future. So many years that there is a cure for the disease that is likely to kill the person. In this case we’re talking about Hiram Coldiver, pots of money and even more influence. He managed to have his body put to sleep only to wake up when the cure for cancer had been found. At that point he’d expect to be lauded, but if I tell you what really happened it’d be spoilers, sweetie. And it’s the ending of the story that made me giggle.

‘Murder in Stalag VIIB’ by Robert G. Garthwaite is more of a detective story than a horror story. Set in a prisoner of war camp in Germany during WWII. Someone has killed Corporal Mueller and Captain Scott is given the challenging task of finding his killer. The commander of the camp, Commander Cramer ignores the Geneva Convention and gives Captain Scott twenty four hours to find the killer. While we follow Captain Scott’s investigations we get some idea of life in the Stalag, real life in the Stalag, not what I saw in the TV show Hogan’s Heroes while I was young.

If you can get hold of this old book I do recommend it. There are some great ideas in here, complete with some good writing.