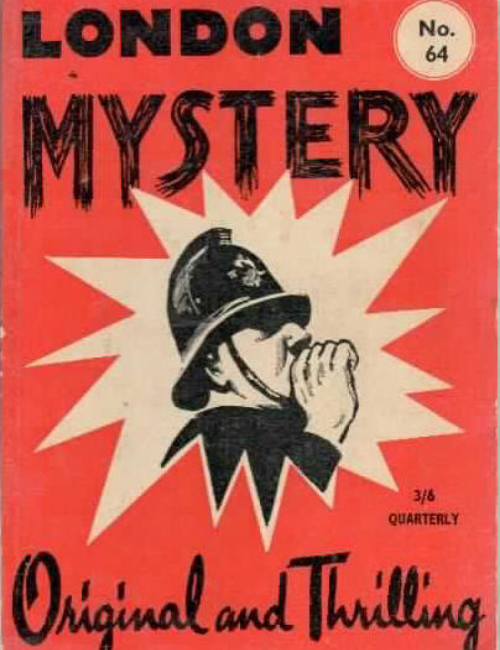 This is one of those pulp magazines that I love so much. I pulled it off the shelf, looked at the table of contents and didn’t recognise a single name. I almost cheered out loud. It’s lovely to find a whole new swag of writers that I can stalk…sorry, search out and read more of their stuff. And this magazine is full of top notch authors. I have a later edition of this magazine still on my To Be Read Pile which I’ll be enjoying another time.

One of the things about this magazine is it has a publishing date of 1965. This is both good and bad. Good: it means these authors have had a lot of time to write. Bad: it means they’re mostly likely dead so I can’t meet any of them. So, vale to all of these writers, your words are good.

The stories and writers are as follows:

There’s always a catch, and what I love about short stories is that they make you think, they make you imagine what might happen. Some books tie up all the loose ends and leave nothing to the imagination. That’s fine for many readers, and sometimes that’s something I want. But sometimes I like to be led close to the finish line and not quite across it, I like to be horrified by what might possibly be happening after the story finishes.

The first story is typical of this. In ‘Think Big’ by L. P. Davies our protagonist sounds like a typical man on the make. He seems to have a job as a pen salesman but it feels as if he’s always trying to make more money. A message comes through from a friend to meet him the next day. Off he goes to find himself meeting Pete and wandering through Pete’s brother’s greenhouse. Everything in the greenhouse is growing much, much larger than life. Our protagonist decides he’s not going to go in on the deal to take whatever is making the veggies grow extra oversize. Pete pinches his money and makes a move on his own. The last we see is our protagonist talking to the brother about the veggies and what went wrong. And don’t forget Pete is branching out on his own…and he always did love tomatoes.

But you need to read the entire story.