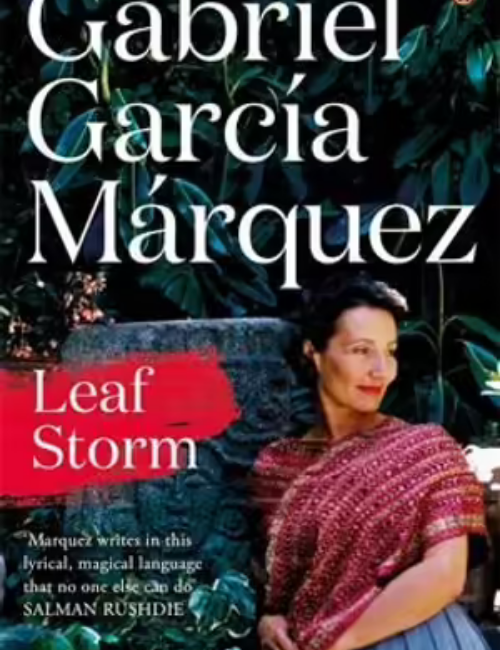 You know, as a blogger I dream of finding that one book. That one book that cancels out all those poor book choices. I read the prologue and figured I’d struck gold. The prologue is so beautiful, so thought provoking and so full of beauty I actually turned back to the beginning and started reading again. I did manage to pull myself out and continue on, but it was a real challenge.

We don’t see much of the company or the people who drift in, the focus of the story is on the doctor. An enigmatic man who seems to have drifted in and taken over a family’s life. We see him alive in flashbacks, but him being dead seems to be what the town wants.

We see the doctor through three generations of this family. The man, his daughter and his grandson. Each of them give us their impressions of the man and what he did for them, or for the town. There doesn’t seem to be much that he’s done for anyone. We know he eats grass, yes, enigmatic.

Macondo is a fictional town, based on the north coast of Colombia. This is where the author’s childhood town is located. Gabriel García Márquez was born in Aracataca, Colombia in 1927. He has written several notable books including Love in the Time of Cholera and One Hundred Years of Solitude. He was feted throughout Latin America, having given him the affectionate nickname of Gabo or Gabito. He was awarded the Neustadt International Prize for Literature in 1972 and then the 1982 Nobel Prize in Literature. Not only feted in his home country but worldwide. This is the man who makes me wish I had the ability to read other languages. While the translator, Gregory Rabassa, has done a brilliant job with this book I can’t help wondering if it would be better in the original. Sadly, I will never find out unless I ask people who read Spanish.

I firmly recommend this book. I know I recommend a lot of books, but this is absolutely highest on my list of recommends. And here’s an affiliate link so you can buy it if you want.