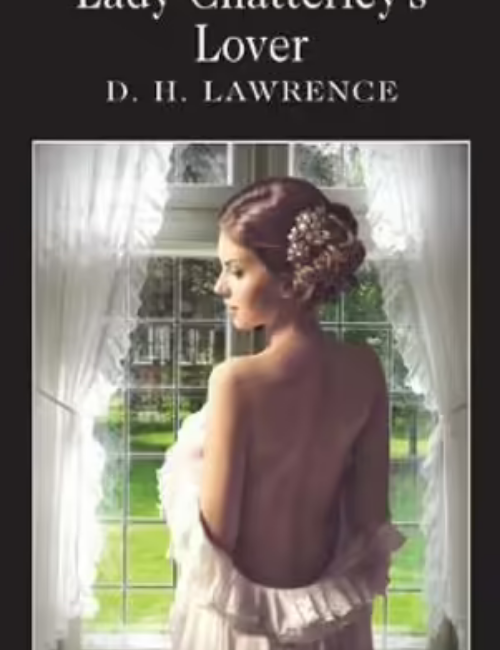 This is one of those books that was banned way back when. It came across my desk some time ago but I only opened it recently. I wanted to find out what all the fuss was about without doing lots of research…although, some people might think that reading the entire book is lots of research, but I don’t see it that way. I’m also going to use it in the Dymocks Reading Challenge 2021 in the A classic novel category. I asked in the group…for a friend, you know…and someone agreed it was a classic.

The book is about Lady Chatterley and how she copes with life when her husband returns from the war. He’s paralysed and can’t ever have sex again. She’s young and eventually finds someone else.

I have mixed feelings about it. I found the writing to be slow and turgid. It took me much longer than I felt it should, the way everyone has ‘raved’ about it in the past it’s as if it’s going to be an easy read, it wasn’t for me. Some of the paragraphs went on forever and I ended up breaking my rule, always finish the paragraph before putting my book down, on a number of occasions. I don’t know why some older books were written with such long paragraphs, I’ve found this in a number of books written in the same era. Is it a cultural thing? Do we have less patience? Do we have more distractability? I have no idea. Do I have trouble writing long sentences? Yes!

I found the sex scenes to be varying degrees of interesting ranging from yes, I can see why he’s writing this to why can’t he just get on with the story…. Bear in mind that many of the sex scenes are why the book was banned, also the use of swear words. But the interesting thing I noted is that the ‘swear’ words aren’t used as profanity, they’re used to describe the act or the part of the person. I don’t normally like seeing these words in print, but for the first time they actually made sense as they were used in correct context. I won’t be reading those passages out loud, what a strange idea.

Some people say this book is an indictment of modern industrial society. I think part of it is. But the people with money such as Lady Chatterley’s husband (Lord Clifford Chatterley) were painted rather poorly. When I mentioned this book on my timeline it started an interesting discussion which included one friend who was really surprised I’d read this book and other friends who shared how they were studying it with their students. One friend had mentioned it in a discussion of banned books she led at the library where she works. Thanks to that thread I now know there was a subsequent book called The Trial of Lady Chatterley. I’m not sure of the entire contents of the book but Penguin Books was put on trial to endeavour to remove the book from the market. It sounds fascinating and worthy of a different article.

Anyway, I’m letting you decide what you want about this book. Here is an affiliate link for you. I chose the cheapest copy on Booktopia.