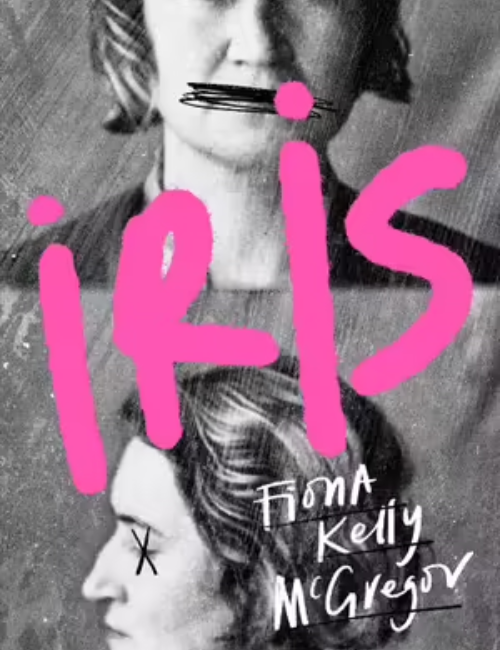 You know those times when someone recommends a book and when you read it you realise it’s exactly what you needed? This is that book. It was actually sent to me by the publisher and I knew nothing about it before I started reading. As Tony Birch says on the front cover ‘…the roughest but most invaluable diamond.’ Words I totally agree with. If you’re a stickler for grammar and punctuation this book will give you conniptions, but there is a reason for these infractions. Iris Webber was rough as guts and the infractions in grammar and punctuation help to illustrate her character.

This book really only covers the 1930s in Iris’ life. We do get some background of her childhood which help explain why Iris ends up in the roughest areas of Sydney. But the other factor was the Great Depression. I’m sure you know far too much about it so I won’t say much, but it was a dreadful time and I wonder if we’re heading into another one of similar proportions. People did what they could to get by and many people sold their bodies, Iris was no different in this respect. Although she ended up being much more than just a prostitute, and I confess to having great admiration for her. To live openly as a lesbian and live without a man in a profession that needed a man to keep you ‘safe’. Often the man hit them which is why I say ‘safe’.

There is much to admire about this book. When I understood why the grammar and punctuation drove me bananas I could only sit back and admire how and why it was done. Proofreading this book would have been a real challenge, ensuring everything ran true to the book from first page to last. The language warning was needed, but it also fitted with what I feel I know about this area and this era.

References I found interesting. Iris had Shingles a couple of times. It was fabulous to see this, we get to see her health problems as well as everything else. Shingles is often something adults get years after they had Chicken Pox. It’s a virus that remains in the body and can come back with a vengeance. Those family and friends of mine who have had Shingles have complained mightily.

The reference to the Spanish Flu. You can see the correlations to the lockdowns we had during Covid. They closed the cinemas and libraries to reduce the possibility of the Spanish Flu spreading. Not sure how much that helped as I haven’t done the research, but they tried.

There was a brief reference to the Brownshirts in Germany. People who wore brown shirts and were government sanctioned bully boys and killers. I’m sure McGregor did her research properly so this means that people here in Australia knew what was happening in Germany, but the Australian government still didn’t let many Jews in. It’s a point I’m very bitter about and there are refugees from other countries who are also not being allowed in to Australia. We didn’t learn that much needed lesson from the Holocaust.

I noticed an oblique reference to corn and how it likes lots of water. This is so brief I wouldn’t have noticed it but I found this book to be so full of interesting information I had to slow my reading right down. When you’ve got three different concepts in one paragraph it’s very easy to miss two of them when you read at the speed I normally read it. And I also wouldn’t have noticed if I hadn’t found out through YouTube that corn likes a lot of water, I’m hoping my corn is better this year now that I know this.

There’s a slight reference to warrigal greens. It’s a plant I only discovered myself early this year. Someone gave me a small plant and it’s doing really well. Despite us eating it I’m sure it’s going to fulfill the promise and take over part of my garden. Iris collects some warrigal greens and mushrooms growing so she adds them to the ingredients she already had to make a stew. It’s an Indigenous plant, native to Australia and I’m very pleased to see how well it’s doing.

I thoroughly recommend this book. It’s a challenge, but well worth it. I found many pieces of information that matched what I knew about the era and how hard it was, but I also found myself challenged to think of Iris and her colleagues as people in their own right. This work of fiction with much basis in fact is a good lesson for me with some books I have in mind to write. If I can do enough research I’ll have a book to rival Iris. Even if you don’t buy it through this link at least have a look at the book.