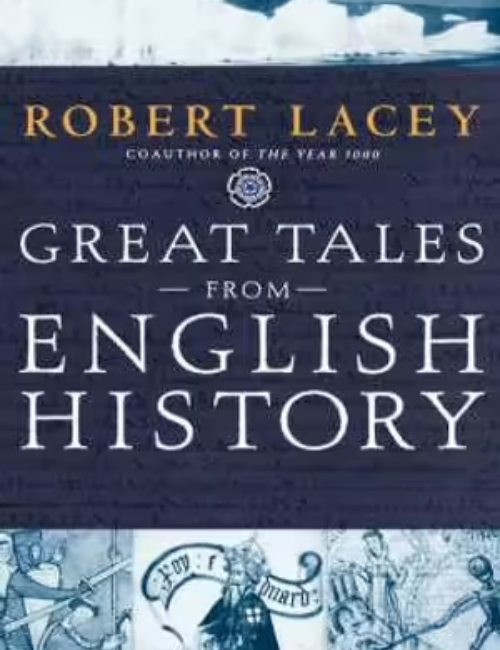 This book is the first in a series of books about English History. It was published in 2003. I borrowed it from the library as I’m writing a book which hinges on real, historical events. I think I’m a little mad, but others are encouraging me so there you go. The chapter I’m currently putting together in my mind hinges on the sinking of the White Ship (Blanche Nef) in 1120. This is really important for English history as the ship sank with only one survivor, a butcher. What was a butcher doing on a ship sailing from Barfleur to England? He’d pursued some of the aristocracy on board hoping to recoup some of his costs. But the reason this ship’s sinking was so important is that it held many of the aristocracy of England.

Henry I was the king of England and Normandy. He had two legitimate children, William and Edith-Matilda. William was slated to take over the throne after Henry’s death. William, his two step-siblings and many of their friends were on the White Ship. None survived. Henry did try to have his nobles acknowledge Edith-Matilda as the heir to the throne, but upon Henry’s death Stephen was very quick to take advantage and have himself crowned. Thus sparked many years of warfare between Stephen and Edith-Matilda. This is in the background to the many Brother Cadfael books written by Ellis Peters.

The sinking and the warfare for the crown are both mentioned in a number of other books. But I needed a history book to get more details. I need still more details of life in 1120 in both Barfleur and England but there is the temptation to make them up and just get the chapter written rather than spend too much more time on research. I keep reminding myself it’s only one chapter and not the whole book.

But this book is very interesting. Lacey starts with Cheddar Man who lived roughly in 7150 BCE, or Before Common Era. You’ll see me use BCE or CE (Common Era) rather BC (Before Christ) or AD (Anno Domini) as I’m trying to leave religion out of this. The book finishes with the Peasants’ Revolt in 1381 CE. There’s lots of scope for history there, unfortunately, there’s also a finite number of pages. Lacey does his best to give a good accounting of each period he’s chosen but with only one chapter on the sinking of the White Ship I feel I need more.

There are some great details that will help with my descriptions, but I need to use the bibliography printed at the back of the book for more reading. I think I already have this book, it’s interesting that I’m going to be reading the words of a monk contemporary to the period. He actually spoke to the sole survivor of the sinking. Orderic Vitalis was a Monk and seems to have written down a lot of useful information. I suspect I’ll be incredibly grateful to the translator.

I quite enjoyed the chapter on Lady Godiva. I’m sure you all know the story. Lady Godiva rode nude through the town of Coventry. What I found out a few years ago is that ‘nude’ for Lady Godiva probably meant riding without wearing any of her badges of office. What I found out by reading this book is that she probably took off anything that showed her rank, this included any jewellery she would have been wearing. And then her hair would have fallen over her body because it wasn’t being held up by any expensive clips. Lacey also suggests the townsfolk would have gone inside their homes and avoiding looking at her, they fully supported her reason for riding.

Another chapter I enjoyed was the debunking of the Robin Hood story. It’s just a myth. The only paperwork that mentions someone that could have been Robin Hood was written in the summer of 1225 in York. It mentions a Robert Hod who failed to appear in court. He remained at large and the following year he was written down in the ledger as ‘Hobbehod’. Those are the only facts, every other part of the story is just that, a story. It’s been added to over the centuries. My favourite is the movie by Mel Brooks, Robin Hood: Men in Tights. The detail this chapter gives to me is that Robert Hod had his worldly goods confiscated by the judges. This was valued to thirty-two shillings and sixpence. It doesn’t sound much but apparently this was enough for a man to live modestly for a year. And in the chapter about the White Ship we’re told it cost two pence for an ordinary person to travel on the White Ship and twelve pence for a knight with his horse. So Robert Hod could have traveled over to Normandy for a minimal amount.

If I’ve peaked your interest then please click on this link, go on, make me happy and click. I think it’s the same book, but there are at least two others in this series and I feel there are later editions which have merged some or all of them.