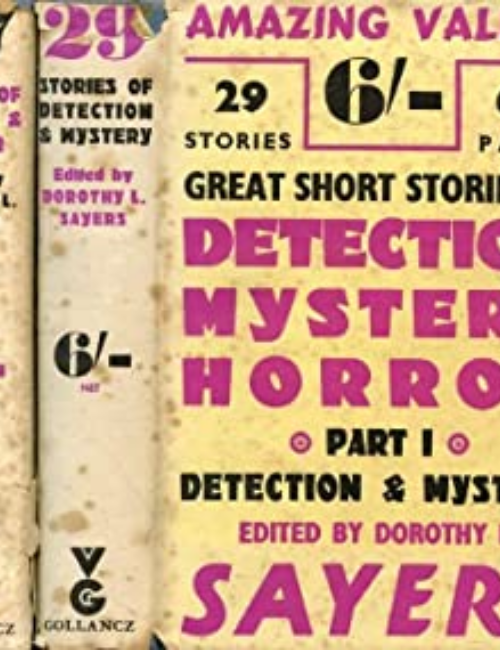 This is the book I’ve been reading the past few weeks. It’s been many years since I’ve concentrated solely on the one book and it’s taken me this long to read it. It’s not entirely because it’s so long, but also because it’s short stories, and also because the stories are around one hundred years old, some are as much as one hundred and fifty years old. The usage of language has changed dramatically since then. When I was at uni we had to present our writing and listen to critique. One statement made by one young lady was that my writing was old-fashioned. It made me stop and think, but I was never able to follow that up with her. My point is that if my writing is old-fashioned for her then the writing in these short stories would be even more so. There were many words I’ve not heard of before, I only made note of one, ‘irrefragible’. Instead of stopping and looking up the word I continued to read. The Merriam Webster tells me ‘irrefragible’ has been used since 1533!

I’m struggling to find this book online in its entirety. The book was published both as I have it in front of me and also in several parts. I’ve found Booktopia have Part II for sale with only half the number of pages. This would be easier to hold.

I’ve counted sixty-two stories in this book. There is also an introduction, an essay discussing origins and booms of writing and this different types of detective stories. I didn’t finish reading this, if I’d continued to try I might not have gone onto the stories themselves. With that many authors it’s challenging to type them all out for you so I’ll just show you some of the names.

You’ll recognise some names, but others have faded into the dim past. For instance Ethel Colburn Mayne wrote her story ‘The Separate Room’ in 1917 and in the intervening hundred years has become someone else’s memory. It’s lovely to be able to revive these stories and be able to pay homage to those authors. I finished ‘The Separate Room’ and just sat here thinking about it. And that was the both the beauty and the hardest part of reading this anthology. I’d finish a story and need to take a break before moving onto the next one. I don’t think I was able to read a second story immediately after the first. Each one made me think, some in absolute horror and some in wonder.

I do recommend reading old books such as these. You never know what treasures you’ll find. The writing may challenge you. I was about to say ‘the layout may challenge you’, but then I realised what I want to talk about is still writing. Some of the paragraphs were intensely long. They really wrote differently in those days, some of the paragraphs extended over the page to become a whole page or even more than one page. It’s harder to maintain concentration for that length of time just for one paragraph. And that could bring a discussion on concentration spans over the decades, but I’ll leave it to someone else.