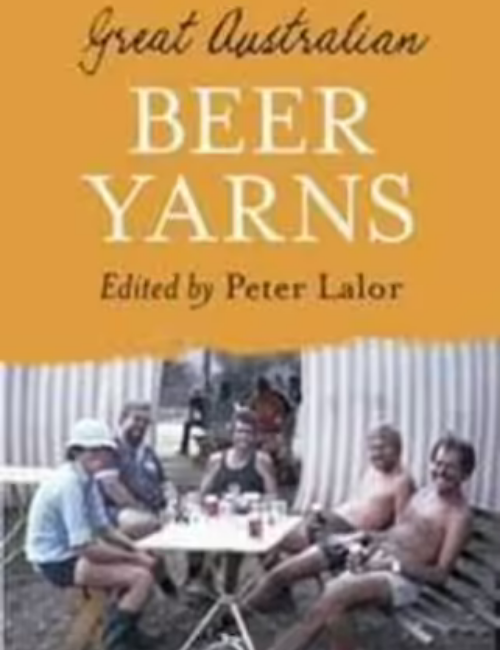 As this link suggests it’s a great book to flip through while you’re enjoying a cold beer. I totally agree with that, I’d suggest not doing what I did and reading the whole thing from beginning to end…unless you happen to enjoy lots and lots of beer stories.

Many of these stories are really short, only a page or two long. They celebrate a drink Australians are known to enjoy a lot of. It’s a pity I only enjoy a small beer, very occasionally. We’re such big drinkers that we can almost count the number of stubbies we buy during a summer. I’d be tempted to suggest my family are not the target market for this book. If you’re wanting to learn about the beer culture in Australia then it’d be a good book to buy to start you off.

There were some stories I enjoyed. I’m going to mention two war stories. Both of these stories were at or close to the front.

This first one involved withdrawing from their position. An infantry man gave covering fire before hopping into a signals van. ‘How’d a beer go now?’ he asked, hopefully. The answer was ‘Which one do you want, a Fosters or an Abbotts?’ The infantry man was gobsmacked, but I bet he drank a beer quite happily.

The second story is set during winter. The beer froze. In order to get it warm enough to drink they put the bottles on top of the range. The ‘heat began to force the beer up through the neck of the bottles like a candle-shaped periscope’. The diggers chewed lumps of the beer as if like icy poles. When they were too warm the bottles were placed back in the snow to refreeze then put back on the range.

Each story is nicely written, not being a drinker I did find they palled part way through. But, as I said, I don’t think I’m the target market for this book.