Every Living Thing by James Herriot 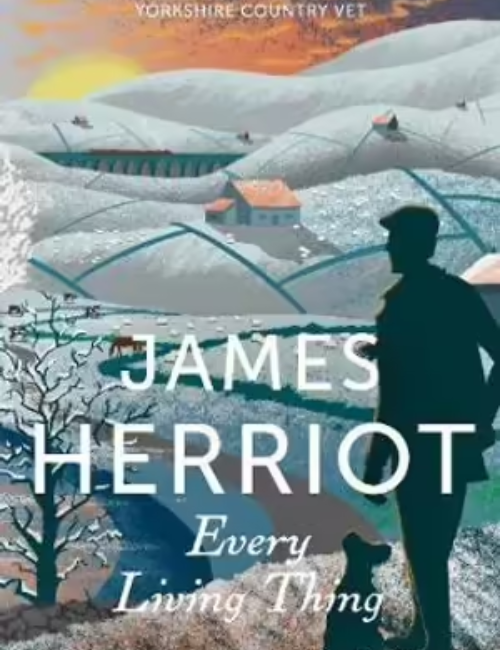 This is the fifth book in the series of books written by James Herriot. These books are autobiographical. Besides some of the names I don’t think much has been changed. The people, the area, the animals, the situations have been kept as close as possible to reality…or so I believe. I’ve read most of his books, as well as reading anything I can about the author. I’ve also seen the TV series made in the late 1970s, the blood and gore didn’t put me off. There is another, more recent series which I’ve also seen, and a series made about him at veterinary school. I’ve loved every thing I’ve read and seen.

This book is relatively early on in his career. He’s married with two young children, Siegfried Farnon is also married. And the time comes for Herriot and family to move out of Skeldale House. The time has also come for them to employ an assistant. We see two assistants in this book and they’re both characters.

Like all the other James Herriot books I’ve read this one is real and down-to-earth. It’s really good to see how he has such a good relationship with his young children, and to see how they absorb information only to give it back at just the right moment.

One of the things I found myself reading this book for was words. I’m looking for old words to do with farming, words that might have been used for centuries and looking through dictionaries might take time. I’m not sure if my logic is sound, but I came up with some wonderful words reading this book. I now just have to look them up and see how old they are. I was thinking that the people farming in the Yorkshire area might have been slightly isolated from the more modern world until the 1950s. Therefore, there’s a chance they might be using some old words. The only problem with this logic is that it might mean there are other words used in other areas of England as those areas might also be as isolated.

I love my logic because it gives me a chance to delve into the world of James Herriot and that’s always good. I do love Mrs Pumphrey and her dog, Tricki Woo. In the original TV series the dog is absolutely sweet. Mrs Pumphrey is misguided and spoils Tricki thoroughly. But then she also spoils the vet who looks after Tricki. This can be both good or bad depending on your point of view. I won’t tell you the story of the suit, you need to read it yourself.

Then there’s Calum Buchanan, the second assistant. He turns out to be a real character. He has a badger who goes everywhere with him. It seems many farmers want the ‘the vet wi’ t’badger’, despite being slightly odd he was an asset to the practice.

I love the writing, it’s totally down-to-earth. I love the stories which highlight some lovely people and some not-so-lovely people. While reading all the books didn’t make me want to be a vet, they did help make me love cows. Part of the reason I’m hoping to include cows in my book is because I’ve seen them in these books.

Because I think it’s such a great book I’m giving you the link so you can look at it. I’m not enamoured of the cover art, it’s a bit perfect and the Dales are anything but perfect. But if you click on the audiobook tab you’ll see a much better cover, it has the author standing in front of some sheep, and the audio is read by the actor who played James Herriot in the first TV series.