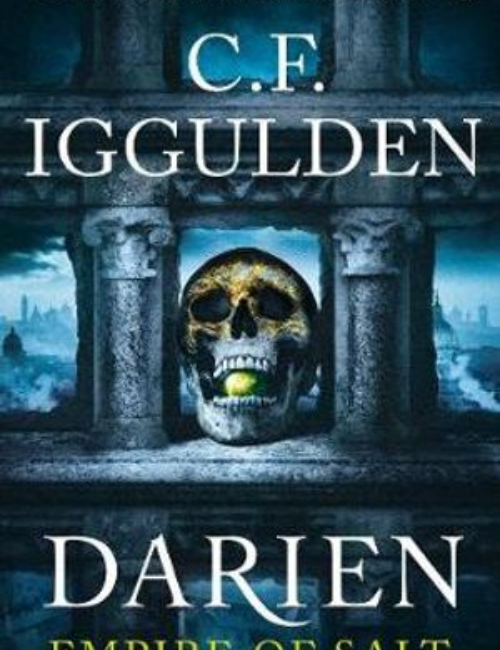 I picked up these books through my local group on Facebook. It’s a lovely, friendly group. The admin really work hard to keep the aggro to a minimum. Someone offered them and I needed Book 1 in a Fantasy Series for the Dymocks Reading Challenge 2020. I’ve now read them all, I’m going to write about the entire series and then I’m going to put them back in the group for someone else to enjoy. Actually, I lied, I’ve already put them in the group as they’ll be ready to go sometime today.

Essentially you’ve got three cities over the three books. The first book is about the city of Darien and how one of the generals decides the king has to go. This general decides he’s the best person to rule the city. There’s a lot he doesn’t know and even more he has accounted for and there’s a lot he’s decided.

Then you’ve got Shiang. Sounds very Oriental to me with the emphasis on balance and poise and obedience, but they also have swords and the most amazing training with them. The King of Shiang sends four Shiang masters to Darien to retrieve someone important. Following them are four other men who have been changed beyond recognition.

I loved these books. They have so much to make them great. The world building is great, I really felt I was in Shiang, or Darien or on the road to one or the other. The characters were pretty good. In the period of time between the first book and the third book there was a girl. We saw her at about eight in the first book and then again about four years later. In the interim she grew up and changed. She went from trying to protect her younger sister to trying to protect her father. Still the same person but older and with more skills, really, many more skills.

Each of the six people had seriously amazing skills, ones that many of us would love to have. Elias was the most interesting to me. He has the ability to be able to see the immediate future, it makes him an invaluable hunter as he can always bring home some king of meat. He can see where to put himself to intercept whatever animal is coming. We see that skill used time and time again, mostly through his eyes but in the second person.

There is a lot of death and violence in these books. I did find that rather challenging but then any graphic war violence is hard to read and this is pretty graphic.

Darien, the first book does a really good job of setting up the character of the city and the characters who are to stay with us for the entirety of the three books. We have Tellius who has an interesting back story which isn’t revealed until book three, The Sword Saint. So I can’t say too much for spoilery reasons. We have Win who is the aunt of the King and also one of the Twelve Families. In fact, she’s the most powerful person after the King.

The bit that really hit home for me is very large in the first half of the first book and then vaguely mentioned later on. It’s even hard for me to write the words. They have a plague. They even have a cure for it. The thing is the cure is only for those privileged few. Elias, his wife, and daughters all have the plague. Elias’ skill is something the General wants to use so he can take over the city of Darien. He cures Elias and his daughters but sadly, Elias’ wife had died before the cure reached her. This plague is really big, we are shown that those with little money are left dying or dead on the streets. The bodies are picked up and taken away at a later stage. We don’t see the privileged and monied with the plagued.

If you like fantasy with a rough edge to it then this is for you. There is magic, there is war and violence, there is good world-building and believable characters. If you fit those criteria then here is the link so you can make a choice Booktopia.