Diary of a Madman Other Stories by Nikolai Gogol 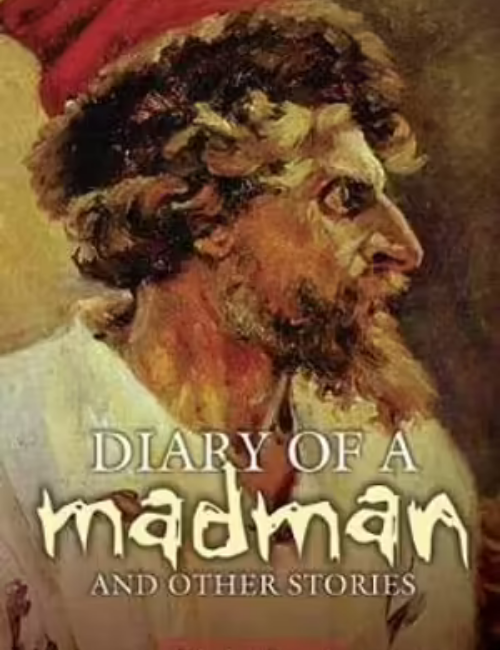 I love anthologies. Generally, it’s because I get to read stories by lots of different authors. This book is full of stories by Nikolai Gogol, a celebrated Russian author who had a huge influence on Russian, and also world literature. He died at the young age of 42 having only written for eleven years, from 1840 to 1851. This book illustrates why his writing was so influential. Despite only having one author, I really enjoyed these stories. The writing was pretty amazing, with surrealism and some fantastical elements and I feel the translator did a great job. Translators are often underrated. A translator can either make a book great in the new language and make the reader understand what the author was trying to say, or they can destroy it completely. This book was translated by Ronald Wilks in 1972 and I feel he did a really good job.

The first story is ‘Diary of a Madman’. Our protagonist has a rather dodgy hold on reality and we see that in the very first paragraph. It’s all downhill from there, but in a very entertaining manner. I loved the letters written from one dog to another, they helped to give a good slice of one segment of Russian life in the 1830s.

But going back to the translator for a little longer. These stories were set mostly in the 1830s in Russia. I know a little Russian history but very little in the way of details. And nothing much about how they would have lived. Each story gives details of the way of life of the protagonists and their neighbours. And to make things a little easy for the reader, the translator has added footnotes. Little paragraphs which explain how the ranking system of the Civil Service worked. There were also various footnotes about the history of the era.

Even with ‘The Nose’ I learned so much about Russian society. How they interact with people and that appearance plays a big part in how they interact. We also see this somewhat in ‘The Overcoat’.

I laughed at the ending of the final story. In ‘Ivan Fyodorovich Shponka and His Aunt’ we are told at the very beginning that the narrator has lost the end of the story thanks to his servant. The narrator seems rather put out by this, indicating she couldn’t read and therefore paper with writing may not have been so important to her. I fully expected the story to have an ending, but it didn’t. We got what was promised and that made me laugh. It was totally unexpected.

In case you’d like to learn a bit about Russian life and read some great writing here’s an affiliate link. It may be a different translator and it looks to have a couple of different stories, but I’d suggest this copy would be as good as mine.