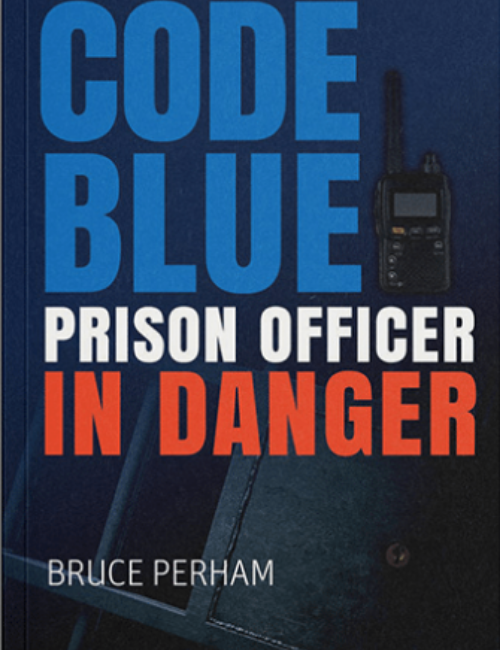 I have this book because of the ‘who you know’ theory of book reading. I have a friend on Facebook who is a retired Prison Correctional Officer. I have no idea what was going through his mind when he put in his friend request but from my point of view it’s been incredibly educational. Steven is very dedicated to educating people about prisons in general. Buildings that were, buildings that are, and also who built them. He’s also very big on sharing information about past prisoners. In one of the discussions that ensued I learned about this book. It totally piqued my brain and as soon as I had a little spare money I bought a copy. So glad I did this.

I’ve always thought Prison Correctional Officers had to be tough. I mean they’re dealing with people who have been through so much, and some of them would think nothing of killing others. You’d have to be tough to consider taking on this kind of role in life. I wanted to read this book to find out more. I found so much more than I expected.

Bruce Perham spent more than a decade, as a social worker, visiting prisons. His work involved talking with inmates and prison officers. He came to see that things had to change in order to provide the officers with emotional security. The job is very demanding, they are on call from the moment they walk through the first gate to the time they leave. The job might not demand them to be on call for all of this time but the adrenaline and the mental demands of the job make it an enormous challenge to just drop everything. It also makes it hard to turn off when they get home, sometimes the job goes home with them despite their best efforts.

As I read this book I likened their position to being at war. When you’re on the frontlines during a war it’s hard to rest. You never know when you’ll be called on to move into position, or who will come through needing attention. Everything I’ve read about war is that when you’re there it’s a 24/7 job and very hard to get out of your head. Also, many soldiers end up with PTSD (Post Traumatic Stress Disorder) which can affect you and your family. My cousin thinks his dad probably suffered from PTSD, his behaviour split the family.

I read lots of quotes in this book from serving Prison Officers and Retired Prison Officers. It was lovely of Perham to give them a voice in this way. Everything I read informed my thoughts that they’re at war and that many of them suffer from PTSD. It seems this is mostly because the staff are expected to tough it through life and just not let the behaviour of the inmates affect them. They’re not given much support from people senior to them.

But why do I compare this job to being at war?

This is partly because the inmates do everything they can to be dreadful to the staff. This can include self-mutilation while looking the Prison Officer in the eyes. The Prison Officer will never know what to expect when they walk through any door. They might have to deal with a fight, or even a medical emergency. If you ask first responders (fire, police, or ambulance officers) they will tell you their job is the same, you just don’t know what will be there when you respond.

If you don’t get counselling after times like this then it just sits there, under the surface bubbling away. When you face the same pressures, day after day the bubbling becomes bigger until one day something gives.

I’m hoping this book is the catalyst that leads our correctional system to change. It’s a hard book to read, it could totally lead someone’s bubble to boil over. I have a new-found respect for Prison Correctional Officers and feel the system needs to change in order to look after them and make sure they don’t become part of the problem. It’s one of those books that should have been published decades ago so as to start the change earlier.

The only problem I have with this book is the layout. I find it hard to read white print on a dark background. I understand why it was done this way, and it makes sense in many ways, but it was a challenge for me. Add this to the challenge of the content, some of which is graphic and it took me several days to get through this book.

If I’ve piqued your interest you can buy it here. I don’t get affiliate fees for this link, I’m sharing because I think it’s really important.