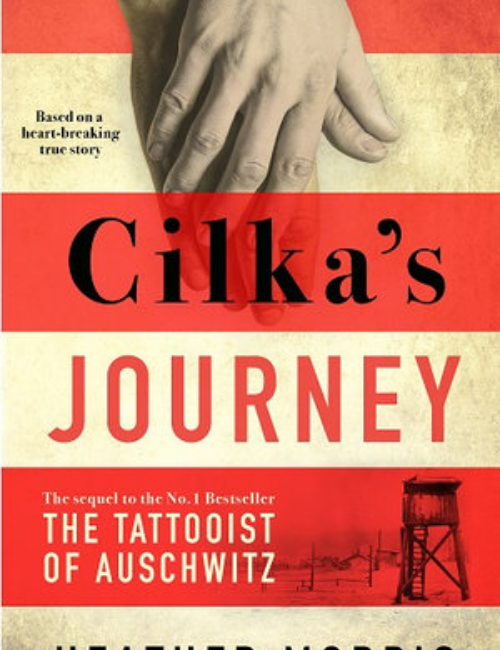 This is the most amazing story. If you have issues with the Holocaust then I suggest you don’t read it. Morris doesn’t pull many punches with her descriptions.

I’ve always heard that life in Siberia for a prisoner was absolutely dreadful. What with the weather and the brutality. I’ve read a little about them from Alexander Solzhenitsyn, but I wanted to read more. And more is what I got from this book.

Cilka was a young girl of 16 when she entered Auschwitz-Birkenau Concentration Camp. She survived because she was young and pretty, she was protected by the Commandant at Birkenau who used her at his will. When she was released she was 19. She’d done her best to save some ladies from beatings or the predations of the men, but wasn’t in a position to save their lives. While doing so had made herself look as if she was collaborating with the Nazis. The Russians sent her to a prison camp in Siberia known as Vorkuta for fifteen years.

This book takes us back and forth between Birkenau and the Vorkuta Gulag where she was placed after she was liberated from Birkenau. Cilka’s Journey shows us the reality behind the woman. It’s not entirely her life story, some of it has been made up, some of the people are several people put into one. But this book gives us a really good idea of how Cilka might have survived. It helps the reader to understand why some people came through the Holocaust, through concentration camps and stopped talking about the past.

I have grown up always knowing Holocaust survivors. People who escaped Europe in time, people who were hidden in Catholic families as children, people who went through one or more concentration camps and saw more horror than you feel you can survive. Each person had their own method of coping with it. Some of them have spoken about it at length and continue to do so despite being over 90. Other people didn’t speak about it for decades, they came to Melbourne, Australia and just started living a new life, they tried to ignore the horrors they’ve been through.

This behaviour is typical of every war. I’ve spoken to many people who have said their parent or grandparent never spoke about the horrors they went through in WWI. It was only when researching for their parent’s or grandparent’s very significant birthday or their eulogy that they would find how much terror they had experienced. Many people returned from WWI, WWII, the Vietnam War, the Korean War or any of the more modern wars shell shocked and not able, or willing, to speak of what they’d seen and experienced. The families had no idea how to deal with them.

Through Cilka’s life in Vorkuta we see how she doesn’t speak about what happened in Birkenau. We see how the fact that she looked as if she was a Nazi collaborator might get her in trouble in one of the worst places on Earth. We also see what life was really like there. How cold it was, how hard the work was, how little the authorities cared about the people in their charge. It really felt as if people were sent there to do hard, physical labour until they died. They were not really meant to come back to civilisation.

Because Cilka has facility with languages and because she learns really quickly she is brought into the hospital to help the medical staff and to train as a nurse. She doesn’t want to stand out from the ladies in her hut and so she almost doesn’t take on the job. When she does it’s with the idea in mind that she can bring things back to her hut to help make their lives a little more comfortable. She brings back food the patients don’t eat. She brings back used bandages, once washed and boiled they can be used for anything useful, including wrapping around feet to provide a little more warmth. Some of these cleaned bandages were disassembled and used to make lace to make things look a little more feminine.

The detail in this book is sometimes enough to help me understand what life in the gulag would have been like, sometimes it is not. I would have liked more details about the tools the workers used. A little external reading shows me the workers were given picks to break up the frozen ground, this isn’t in the book. Why isn’t it in the book? Because Cilka did very little work outside the hospital until she ended up on ambulance detail.

Anyway, enough words from me. Here is the book should you wish to buy it.