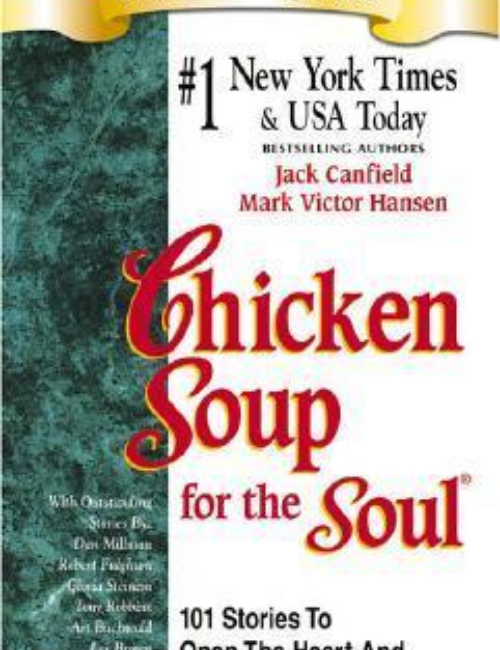 I picked this up recently from some friends who are relocating overseas. I got some potentially good books from them, I’ll find out when I’ve finished my current research. I say this as some of them might lead to another chapter in this book that I shouldn’t be writing yet. I’ll probably write an article about this project that I shouldn’t be working on and tell you all the whys and wherefores, but not today.

When I opened this book I started at the beginning and worked my way through to the end. The Introduction suggested I shouldn’t do this. It suggested I should dip in and then out, making sure to slow down and let each story wander through my heart and soul. I ignored this gentle advice and just read from beginning to end. What I found reading it this way is that some of the stories are sweet as sugar while others were sweet as saccharine.

But, this must have been a popular format. This is the original book published in 1993. They republished it again twenty years later with an extra twenty stories, one for each year. There are also another 91 titles in the Chicken Soup for the Soul range. In case you want to look at all 91 titles you can click here. And if you click through you’ll make me very happy, I’ll see your click but won’t know who you are.

The first story I want to write about is set in Tokyo. Our young writer is young and has been putting in some solid training in Aikido most days for three years. When he’s faced with a violent man on the train he prepares to put his training to the fore. The man has already hit a woman holding a baby, and our author decides he has enough knowledge and skills to take him down. He stands up, a white man on a Tokyo train, gets the attention of the violent man and considers that previously he’s avoided conflict. He’s practiced his Aikido by avoiding conflict. Before anything more can happen an old Japanese man interrupts and then engages the violent man in conversation. That was the end of any possible conflict. Our author is then left considering that Aikido has been used to resolve conflict with words rather than actions.

The next one I felt spoke to me enough to make a note is the “I Can’t” Funeral. A classroom is full of silent children. They are busy writing. Each statement begins with “I Can’t”. At the end the teacher puts them all along with her own “I Can’t” statements into a box. The class then go outside and bury them, they have a proper funeral for them. After that the teacher only has to reminder students that “I Can’t” is dead and the student rephrases what they’re about to say. It was very powerful to me and I wonder what would be the effect of doing this in schools over the world.

That’s just two of the 101 stories printed in this book. Will I read it again? Probably not. Do I feel better for reading it? Somewhat. Will I pass it onto someone else? Yes, I don’t feel the need to keep it on my shelf so it’ll find its way into a little library in the area. I have a box of books to distribute to these little libraries and this will join them. If you’d like to buy the updated version you can do that right here.