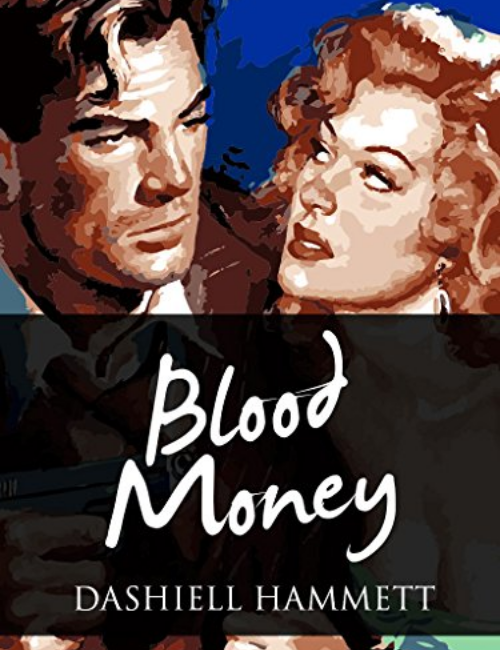 First published in 1927 and recommended to me by one of my classmates at uni, Dashiell Hammett is an icon in hard boiled detective novels. When you read his books you get a really good idea of how people must have spoken in those days and places.

I won’t say I thoroughly enjoyed this book as there was so much jargon I sometimes found it a challenge to understand what was happening. For me, it’s one of those books that leaves me feeling as if I haven’t understood everything. An example is this snippet:

“The goose in the glad rags – tail him. I’ll string behind you. I don’t know him, but if he blipped Beno off for talking to me last night, he knows me. On his heals!”

Looking at the context I figured that ‘goose’ was a person and male as the speaker is using the word ‘him’ as part of the description. ‘Glad rags’ is something I know as my Grandma used to talk about her glad rags when she was getting dressed up for a night out. I figured out ‘string’ as being something the speaker would do to join in the procession of people. But ‘blipped’? You need to know that Beno was killed the previous night so I presume it’s another word for ‘killed’. It took

There are many other passages with words I really couldn’t figure out but I can’t find them at the moment. So having to go through some mental gymnastics to figure out some of the words really slowed me down.

On the other hand some Hammett’s phrasing is rather colourful. The last paragraph in chapter two is an example of this.

For the next six hours I was busier than a flea on a fat woman.

And it then raises various questions in my mind such as: why would a flea be any busier on a fat woman than a fat man?

If you like detective novels then this is a good one for you. If you want to read an iconic author then this is a good one to start with, although another of his books, Red Harvest, is listed in Time Magazine’s list of 100-best English language novels from 1923 to 2005. All the detective work is written from Hammett’s experiences working as a Pinkerton operative; Pinkerton being a detective agency which operated out of Chicago from 1855.