28 Lessons In Self Mastery by Sharon Tal 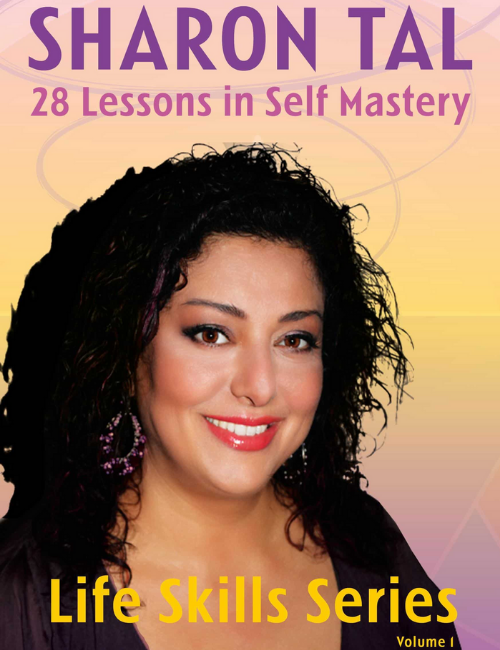 This book was given to me by the author, Tal is in one of my business groups. She is as lovely as the photo on the front cover. I’ve tried to remain objective about this book, but I’ve found it challenging when parts of it resonate with me.

This book is meant to be read one or two chapters a day. Don’t try to do what I tried and read the whole thing in a couple of days. If you’re like me you’ll find one chapter at a time is enough as the brain starts rolling around and thinking. Whoever said a brain was allowed to think should be told off. I really find it hard to read when the brain is starting to think about the contents of the book, and that’s exactly what happened here.

You can buy this book by itself or as part of a course to help you get the most from the book and find a better you. I almost sound like a salesperson here and I’m really trying to rein myself in, but this is what I found in the book.

What you get in each chapter is some information on how to approach the problem you’ve got whether it’s an addiction or setting boundaries. And you also get some good tips on how to deal with them. There is also an exercise to help you start the process of cleaning out the bad and bringing in the good.

The chapter talking about Adrenal Fatigue, while it’s not the first chapter, seems to start the process that the book wants you to finish, that of becoming a better you. It mentions how you should go from survival to revival. So, instead of just surviving in life you should deal with all the problems and let them go so you can revive your life and your body. I say ‘body’ as the previous chapter deals with addictions, and these are often not good for the body.

Being everything to everybody is really not good for you. The chapter on Rescuer Vs. Supporter gives more details and really talks about how you get an adrenaline rush when you help someone in an emergency situation. I’d never really noticed it when someone calls with a problem, but it’s probably there. What Tal says is that this adrenaline isn’t good to keep up on a daily basis. It might be why I’ve actually calmed down during lockdown as I can’t go and ‘rescue’ people. I suspect I have lived with the adrenaline rush for so long I rarely notice it. Probably a good thing to notice from now on.

One chapter I really liked was the one on weight management. In the first paragraph Tal tells us she doesn’t like to talk about ‘losing’ weight but rather ‘shedding’ weight. It’s a slight difference in words but I really like how she justifies it. And if this works for you then that’s what matters. She says that when you lose something you generally find it again. But when you shed something you don’t, she uses the analogy of a snake shedding its skin never to need it again. It makes an enormous amount of sense to me.

The last thing I want to talk about that resonated with me is the chapter on silence. It made me fully realise why I always have some sort of noise going on, it might be the radio, music, or chatting with someone in the background. It’s because I’m trying to mask the sound of my tinnitus. I almost never have complete silence and Tal feels you should try to have some downtime when you sit and listen to the silence. It’s probably very good for the body but I’d just sit and listen to the sound of my tinnitus. I can hear it now over the sound of me pounding on my keyboard.

If you’re interested you can buy her book or even book her for some work on you on her website.