Most Secret by Nevil Shute 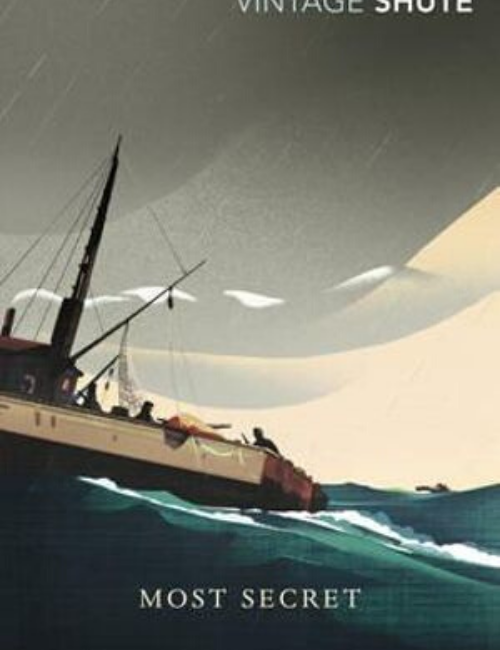 His full name was Nevil Shute Norway. He dropped his last name to protect his engineering career and to ensure his colleagues continued to think of him as a serious person. At this point in time, sixty years after his death, I find this point to be terribly funny. Nevil Shute is one of the most serious Australian writers I can find. He wrote about WWII and other incredibly serious topics. His book, On the Beach, is about nuclear war and was made into a very famous movie.

But, to the book. Most Secret is another of Shute’s books about WWII. It’s us against them, the English against the Germans. In this case an Englishman who’s spent most of his adult life in France ends up deserting his work in France and working for the English to help the war effort. As with Requiem for a Wren it focuses on one part of the war at a time when Britain stood along against Germany. Some of it stems directly from Shute’s work in the Directors of Miscellaneous Weapons Development which developed unconventional weapons during WWII.

This book depicts some very sympathetic characters. Shute really gets into the hearts and minds of a number of people and shows us what motivated them to fight. We get some understanding of why people were so gungho about fighting to the death and why they didn’t care about their own lives as much. We also see a love develop between a Wren and one of the men.

One thing I noted is Shute showing us why it’s not good to care about the men you’re sending off to war. I was having a discussion about Winston Churchill the other day and how he sent so many people to fight a losing battle. Churchill was part of the War Council which sent thousands of Australians to Gallipoli to distract the Turkish Army. This was a total disaster as many people know and we commemorate Gallipoli every year. What’s interesting is that many people believe he headed the War Council, I did myself until I looked it up just now. But the point I’m trying to make is that many politicians or many of the higher ups making plans to send people to war don’t know the people they’re sending off. They can’t know them, because if they do they won’t want to send them to potential death or destruction.

There’s a whole paragraph devoted to this point. I’ll just pull out one sentence:

It’s really not so good to know a ship so intimately as I knew Geneviève.

Here Shute is talking about the people on the ship, not the actual ship itself. The narrator didn’t sleep at all that night as he kept going through what he could have done to have prepared the men better and made them safer.

And the reason there’s only one paragraph devoted to this is that Shute was such a good writer he didn’t need to belabour the point. Not only that but he was already depicting the people and the situations so well there was no need. As a reader, by this time, I was on tenterhooks wondering if everything would go well and they would come back safely.

I will give you spoilers, vaguely. This is a book about WWII, it doesn’t end well. As with all sorties some people die. This one is no different. The deaths on the German side sound dreadful. If you have issues with things like this I’d suggest you don’t read it.

If you want to buy it here’s a link through Booktopia.