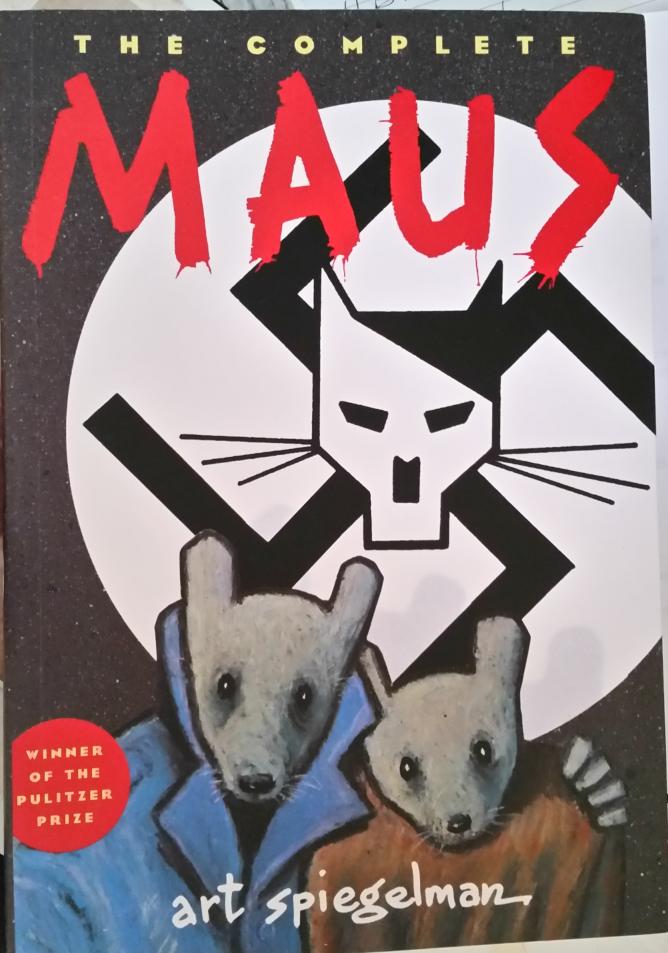 Combined for the first time here are Maus I: A Survivor's Tale and Maus II - the complete story of Vladek Spiegelman and his wife, living and surviving in Hitler's Europe. By addressing the horror of the Holocaust through cartoons, the author captures the everyday reality of fear and is able to explore the guilt, relief and extraordinary sensation of survival - and how the children of survivors are in their own way affected by the trials of their parents. A contemporary classic of immeasurable significance.

This is yet another text from one of my uni subjects. I will run out of books I’ve studied at uni in due course but today is not the day.

I know I don’t read graphic novels but I was given no choice with this book. It is very well done and incredibly emotional. The copy is actually two books in one. The original Maus and its sequel. The topic is how the author’s father survived the Holocaust. I do recommend you don’t do what I did. I sat down at the table and I read the entire book in one sitting. It shattered me and couldn’t do any more reading or anything else useful that day. The graphics add a whole other dimension to the words that is not there when reading other books written about the same topic.

This book gives a good idea of why people who lived in that era still hoard things. In times such as the Holocaust or the Depression people had so little that they hoarded everything they possibly could, just in case they needed it in the future. Every single little piece of string was put aside, it was hard to get things so everything was carefully put away. I saw the same behaviour in my Step-Dad. He had so many things and he still kept picking up stuff from hard rubbish. I find I have some similar behaviour. I’m looking forward to the end of the Australian Discworld Convention next year when I’ll be able to get rid of all the little boxes and other, potentially, useful pieces of ‘stuff’. Kinders will love me as they get boxes of the usefuls.

Maus is one of those books that give an incredibly good insight into how people managed to survive during the Holocaust. This book goes above and beyond in showing us the how-to of that time. Spiegelman has depicted the different races of people as animals giving us the chance to really feel for them. I don’t understand why it’s easier to get into the head of the character when they’re animals than when they’re humans.

Essentially, the author is trying to get Vladek’s story from him. Spiegelman shows the father and son interacting as the story unfolds. Spiegelman even brings his wife into the story giving us an added dimension.

I heartily recommend this book for late teens and beyond. Here is an affiliate link for you. I do reiterate my suggestion that you don’t read it all at once.