Andre Norton is one of those iconic writers and if you haven’t read any of her books then I must recommend you rectify that pretty quickly. I know I’ve had some of my shelf but maybe they were transient due to borrowing from somewhere else. I always wondered about her name and why it looked like a male name, a quick google tells me she was born Alice Mary Norton in 1912 but changed it in 1934 to appeal to boys…it’s sad but you have to go where the money is and in those days more boys read science fiction and fantasy than females and adults didn’t admit to reading them. 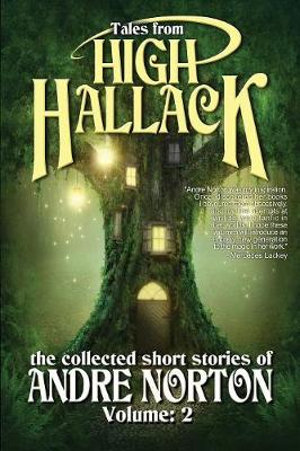 Norton has done many things in her writing career and not because she wrote for 70 years putting around 300 novels under her belt but because she was so good.

She was the first woman to be Gandalf Grand Master of Fantasy, first to be SFWA Grand Master, and first inducted by the Science Fiction and Fantasy Hall of Fame.

She was also the only female founding member of Swordsmen and Sorcerers’ Guild of America (SAGA), a group founded in the 1960s and you only received entry by fantasy credentials alone.

Her books I recall most clearly are the Witch World series where she combined magic and technology. I also recall reading some of her more clearly delineated science fiction books but such a long time ago I don’t even remember the names of the books or anything about them. She’s one of those fabulous authors you absolutely must read if you’re reading any science fiction or fantasy (I know I’m repeating myself, if you read her works you’ll understand) and you’ll see her influence in some of our big writers including Greg Bear, Charles de Lint, Mercedes Lackey and Joan D Vinge.

Because you’re expecting a link or two so you can buy her books and get me squillions of cents here are:

Quag Keep the first book based on Dungeons and Dragons. I’ve read the sequel, yes, she had a hand in it but died before it could be published. Haven’t you always wished you could enter the game you were playing?

Tales From High Hallack Volume Two. High Hallack Library was full of science fiction and fantasy texts (only 10,000 of them plus videos and other media) for research purposes. Norton was instrumental in setting it up and it was near her home, it included three guest rooms so you could stay on-site. It was closed and everything was sold off in her last few months.